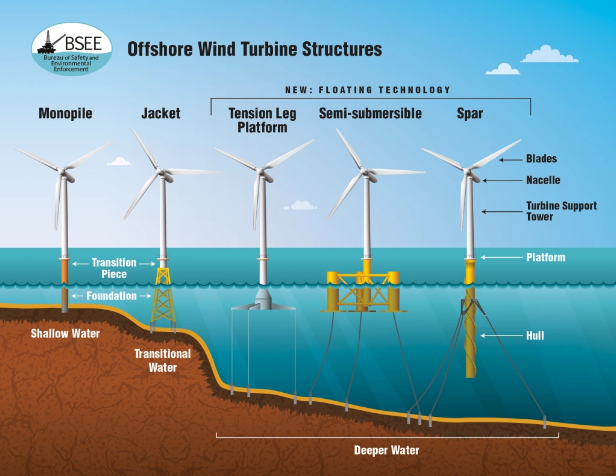 Offshore wind farms may use different structures for the turbines, depending on the conditions of the ocean at the site.

The developer of New Jersey’s first approved offshore wind farm, Ørsted, is teaming up with the Port of Paulsboro on the Delaware River to develop a terminal for its construction needs in the decade ahead.

A South Jersey port on the Delaware River is trying to become one of the first to get in on construction for offshore wind farms, which are expected to begin popping up all along the East Coast in the next decade.

The Port of Paulsboro must first make improvements to the channel and river bed, add a new facility, and train workers in the fabrication of wind turbine “monopiles” in order to meet the needs of wind farm developer, Ørsted.

Monopiles are massive steel structures that serve as foundations for offshore wind turbines.

The Danish wind giant would like to utilize the port just south of Philadelphia as part of a supply chain to develop its Ocean Wind project 15 miles off the southern Jersey Shore. If a new terminal and facility can be built quickly enough, the company could construct as many as 50 monopiles at the port, Ørsted project development director Marc Reimer said Tuesday.

“There is a ton of work for that plan to happen,” Reimer said. “No one is more committed to that happening than Ørsted.”

Reimer said he hopes to see work on a new facility at the port begin in January.

“We are on the ground floor. This monopile facility we’re talking about today is only the first of likely many facilities that will need to be established here to really bring this industry to America,” Reimer added.

The offshore wind industry is in its infancy in the United States, but a dozen projects are in the works for the Atlantic Ocean from North Carolina to Massachusetts. Two of those projects are planned for lease sites off New Jersey.

He also signed off in June on the construction of a massive manufacturing hub for wind turbines in South Jersey. State officials hope the site will become the epicenter for North American turbine construction. It remains unclear how many years it will take for that facility to begin production.

The Ocean Wind project, which would provide up to 1,100 megawatts, was the first to be approved by New Jersey last year.

The company, which now has a U.S. headquarters and proposals for a total of six wind farms off the East Coast, has teamed up with New Jersey utility PSEG to build as many as 99 turbines miles off the shore between Cape May and Atlantic City.

The farm, which would generate enough power for 500,000 homes, is called Ocean Wind 1. It is working its way through a long permitting process at both the federal and state levels.

Reimer said the company hopes to have wind turbine construction started in 2024 for the Ocean Wind 1 project.

Ørsted was one of two wind energy developers to submit a proposal to the state Bureau of Public Utilities on Dec. 10 for the New Jersey’s next offshore wind project. That proposal for more wind turbines is called Ocean Wind 2, and details of the bid are not yet available.

A spokesman for the company said more information about the second project would be announced in spring 2021.

The BPU will approve one or both proposals in June 2021. The other, Atlantic Shores, is for a wind farm built by a partnership of Shell New Energies US and EDF Renewables North America.

The Ocean Wind and Atlantic Shores projects are also being considered at the federal level by the U.S. Bureau of Ocean Energy Management.

Currently, plans call for Ocean Wind’s turbines to be built by GE in Europe and shipped by cargo ship to New Jersey.

Once the turbine rotor blades, tower base and other parts are brought to the United States or constructed in an American facility like Paulsboro, they will be taken by ship to the lease grounds and constructed at sea.

Here is a video that shows how two turbines constructed off the coast of Virginia this year were erected.

“The impact of the offshore wind industry in our state will be huge,” Gov. Phil Murphy said from the Port of Paulsboro on Tuesday. “There is a not so subtle irony that this is a remediated site of a former BP oil facility.”

The port expansion builds on a vision for the long dormant shipping terminal across the Delaware River from the Philadelphia International Airport.

For decades, local officials hoped to restart the port.

State Senate President Steve Sweeney, D-Gloucester, was clearly excited about the prospects of revitalizing the port, which is owned by the South Jersey Port Corporation and operated by Holt Logistics.

“I’m so God-damned excited this is here to be honest with you, Governor,” he said. 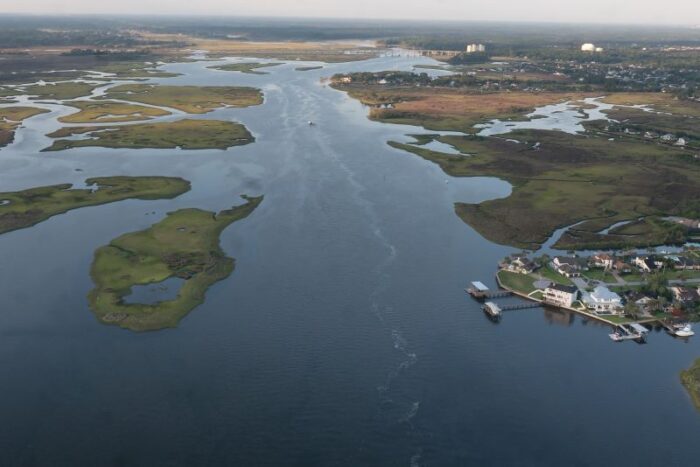 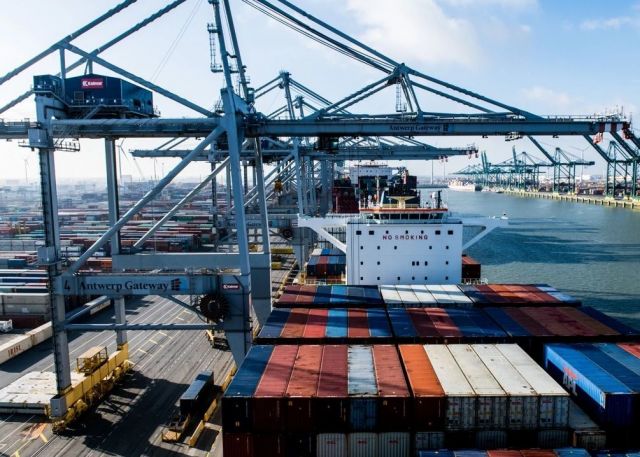 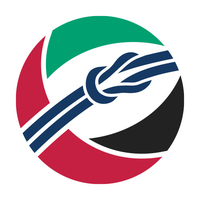 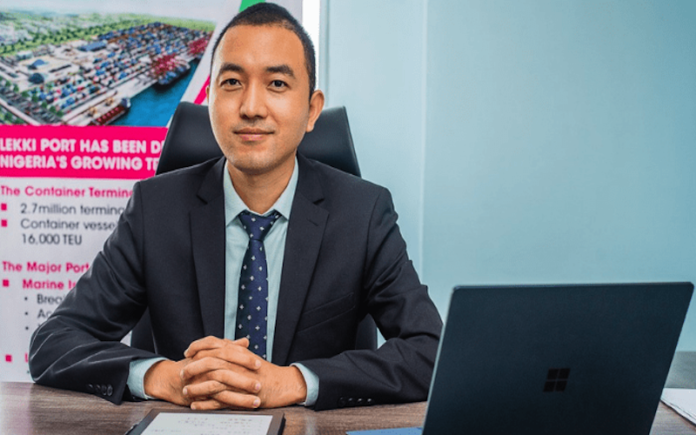 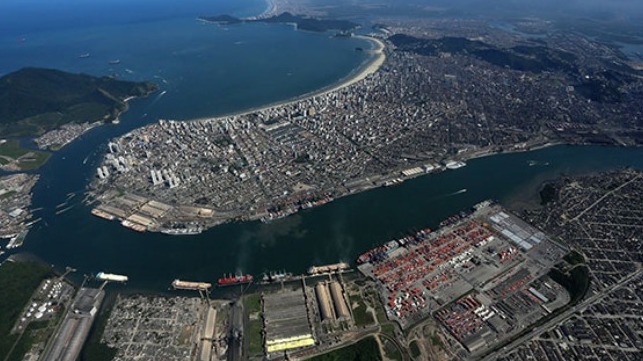