Offshore wind to create thousands of new jobs in the U.S.

The United States is trying to reduce its reliance on fossil fuels in order to meet its climate goals under the Paris climate agreement. A major contributor to U.S. greenhouse gas emissions is the energy sector, which accounts for about 25% of total emissions. The Biden administration wants to significantly reduce this figure and is pushing… Read More

In 2023, federal agencies are poised to deliver rapid advancements in the development of offshore wind projects in the United States. In particular, the Biden administration’s Bureau of Ocean Energy Management (BOEM)—the federal agency with critical authority over offshore wind assets developed and built in federal waters—is the fulcrum of this advancement and has taken… Read More

The Netherlands’ new offshore wind farm Hollandse Kust Noord seeks to address the variability of wind speed and output with innovative new solutions. Being developed by CrossWind, a joint venture between Shell and Eneco, the project will incorporate a fuel cell system from Ballard Power Systems for a 1 MW stationary power project. “In CrossWind,… Read More

Planning Could Save U.S. Offshore Wind $20B in Transmission Costs

The developing offshore wind power industry is highlighting the urgent need for federal and state coordination and planning to address the transmission component necessary to bring offshore power online. According to a new report commissioned by the industry group American Clean Power (ACP), it is critical to take a collaborative approach to the transmission of… Read More

A mentoring and accelerator program known as the Offshore Wind Innovation Hub is launching in New York to identify and help develop promising start-ups to drive innovations in the offshore wind industry. The first call for applications runs through March 2023 focusing on finding start-ups that provide innovative technology and solutions related to the development… Read More

The war in Ukraine has created a windfall for Norway’s offshore oil and gas producers, with sharply higher prices and record-setting demand for Norwegian gas. According to state subsea pipeline operator Gassco, European customers’ urgent need to replace Russian energy created an “all-time high demand for Norwegian natural gas” in 2022. Over the span of… Read More

A floating offshore wind research project off the coast of Maine has cleared another regulatory hurdle. The Bureau of Ocean Energy Management (BOEM) has now announced a Determination of No Competitive Interest for the proposed research lease area. This decision follows BOEM’s Request for Competitive Interest (RFCI) in the Gulf of Maine, which was issued last… Read More 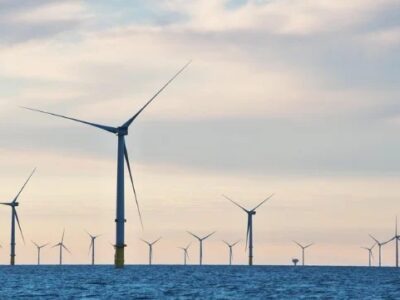 Further demonstrating the strong demand emerging in the offshore wind energy sector for prime locations, the UK’s Crown Estate concluded agreements for leases on six new offshore wind sites as part of the country’s fourth round of leasing. The annual option fees set by the companies through the auction process stand to provide £1 billion… Read More

Saipem has been awarded two offshore contracts for a total amount of approximately 900 million USD. The first contract – in partnership with Aker Solutions do Brasil – has been awarded by Total Energies, for the LAPA Southwest (LAPA SW) Development Project, a deepwater oil field  in the Santos Basin in the South Atlantic, 270 kilometres… Read More

The UK’s Royal Fleet Auxiliary is set to take delivery in the next few days on the first of two vessels designed to support offshore subsea construction to initiate the Ministry of Defense’s new mission to patrol and protect key subsea assets. British Prime Minister Rishi Sunak has made the program one of his priorities… Read More

Fincantieri Marine Group (FMG) has reached agreement on a contract with CREST Wind, a joint venture between Crowley and Crowley and Esbjerg, Denmark-headquartered Esvagt, to design and build a 288-foot HAV 832 Service Operation Vessel (SOV). As we reported yesterday, the vessel will operate under a long-term charter with Siemens Gamesa Renewable Energy to support Siemens… Read More

Neoline pilot ship will use the SolidSail wind propulsion technology developed by Chantiers de l’Atlantique. Nantes, France, based Neoline is a significant step closer to realizing its ambition of becoming the first modern day shipowner to fully embrace energy efficiency by relying on wind power as its primary energy source. It has raised the funding needed to… Read More

Our floating heavy lift vessel Les Alizés has left the CMHI Haimen Shipyard in China and is currently heading for Europe. The vessel has been delivered by the shipyard on 16 January and has departed this morning. Les Alizés is specifically designed for loading, transporting, lifting and installing offshore wind turbine foundations. The main features… Read More

Ørsted presents operating profit (EBITDA) for 2022 based on preliminary and unaudited reporting. It has been a year with unusual market conditions, not least very volatile energy prices and a substantial increase in inflation. Despite this, we achieved 2022 results (EBITDA) within our latest guidance from 3 November 2022 and above our initial expectations for… Read More