The east side of the US Capitol in the early morning.

We have big news regarding federal funding for the Atlantic Intracoastal Waterway and New Jersey Intracoastal Waterways this month! The FY23 Omnibus Appropriations Bill was signed into law and the FY23 President’s budget has been released. Both of these appropriations bills include substantial funding for the waterway and build on the allocations provided from the first year of the Infrastructure Investment & Jobs Act that was released earlier this year. In addition, the allocations in year two from the Infrastructure Investment & Jobs Act were announced this month.

Let’s dive into what this all means for the waterway with an in-depth description of each piece of funding below and next steps starting with the FY22 Omnibus Appropriations bill. A breakdown of each funding stream by state is included in the chart below.

In early March, Congress passed the FY22 omnibus appropriations bill to fund the federal government. With votes of 260-171 by the U.S. House of Representatives and 68-31 by the U.S. Senate, Congress forwarded the bill to President Biden and it was signed into law on March 16. With the federal government operating under its third continuing resolution, this agreement was a much-needed resolution to the FY22 Appropriations process. The appropriations bill included funds for all federal agencies. The AIWW/IWW will receive a total of $24.773 million and the NJIWW will receive $985,000.

In addition, the FY22 omnibus bill included funding for Additional Dredging Needs. These are funds that the AIWA requests Congress to include in their Energy & Water Appropriations Bill. The list below reflects the amounts the Corps will allocate via a workplan and the AIWW will compete with other projects to receive:
Navigation: $21 million
Inland Waterways: $34.558 million
Small, Remote or Subsistence Navigation: $45 million

The workplan will include project specific allocations and we will know our FY22 final appropriations for each state once the workplan is released in May 2022.

For year one, it has been reported that USACE used this excess funding to focus on projects that do not typically receive funding in the normal appropriations process, and if a project is included in the FY22 Appropriations Bill for USACE, it was not included in this IIJA funding. In the FY22 allotment, we received a total of $22.02 million for Florida, South Carolina and North Carolina, which is roughly equal to one complete appropriations year for the AIWW.  In addition, the NJIWW received $14.35 million. This is a substantial amount as they typically get less than $1.5 million and the funding will be used for a variety of rehabilitation projects in addition to dredging.

This week, we learned that we have not received funding for the AIWW/IWW in the FY23 allocation of the IIJA and $151,000 for the NJIWW. This is not surprising when compared with the funding we received in year one and the President’s FY23 Budget discussed next!

On March 28th, the U.S. Army Corps of Engineers made available their Press Book for the President’s FY23 Budget request with a breakdown of the programs and projects that the Administration wants to see funded by Congress in the FY23 Energy & Water Appropriations Bill. This funding would cover federal agency actions from 10/1/22 through 9/31/23. We typically have much lower amounts in the President’s budget and then work with Congress to add money into the budget through the Additional Dredging Needs funding pots. This year is starting off with much higher funding amounts totaling almost $40 million for the AIWW/IWW and $1.06 million for the NJIWW.

The waterway hasn’t surpassed $20 million in the President’s budget for at least a dozen years, if not longer, and the budget request includes funding for every state. We are thrilled with this dramatic shift in additional funding for the waterway and it is an impressive start in the appropriations process, but Congress will have the last word in their appropriation bills over the summer.

Looking ahead, we will be tracking the completion and release of the FY22 Appropriations Work Plan, the FY23 Appropriations process, and advocating for increased funding from Congress and supporting our federal partners in the execution of the current funding allocations. It is through your financial support and membership that we are able to present such a strong Voice for the Waterway! 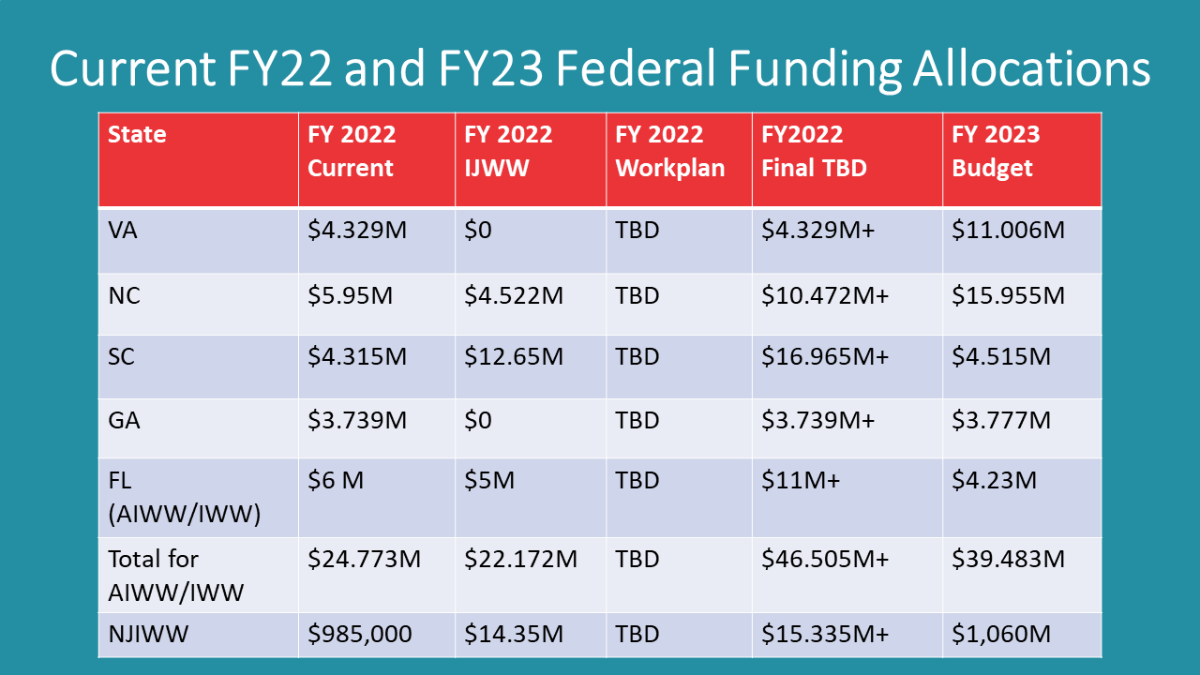 Operations & Maintenance Needs for the Waterway
Update from USACE

In March, our colleagues at the U.S. Army Corps of Engineers provided us with a 2022 update on the Operations & Maintenance needs for the AIWW/IWW.
Their summary is offered below:“It is estimated that in order to achieve the authorized dimension of the waterway it would cost approximately $63,500,000, with most of the effort being within the Charleston and Wilmington District boundaries due to deteriorating upland placement sites. Significant progress has been made with the funding received in regular appropriations and IIJA funding. Maintenance dredging projects have reduced this backlog by over $50 million from 2016 to 2022.In addition, if we assume a fully constructed waterway at authorized dimensions, it is estimated that approximately $49,500,000 in funding would be required annually to provide for operation and maintenance activities. In FY22, all appropriations totaled $46,535,000 which is significantly increased from FY21 total of $6,184,000. The current FY23 President’s Budget for the AIWW has $39,483,000 with Work Plan and IIJA funds still TBD.”

The AIWA is grateful for our ongoing partnership with the Corps of Engineers and we will be using this updated information in our outreach efforts to the federal Congressional delegation. 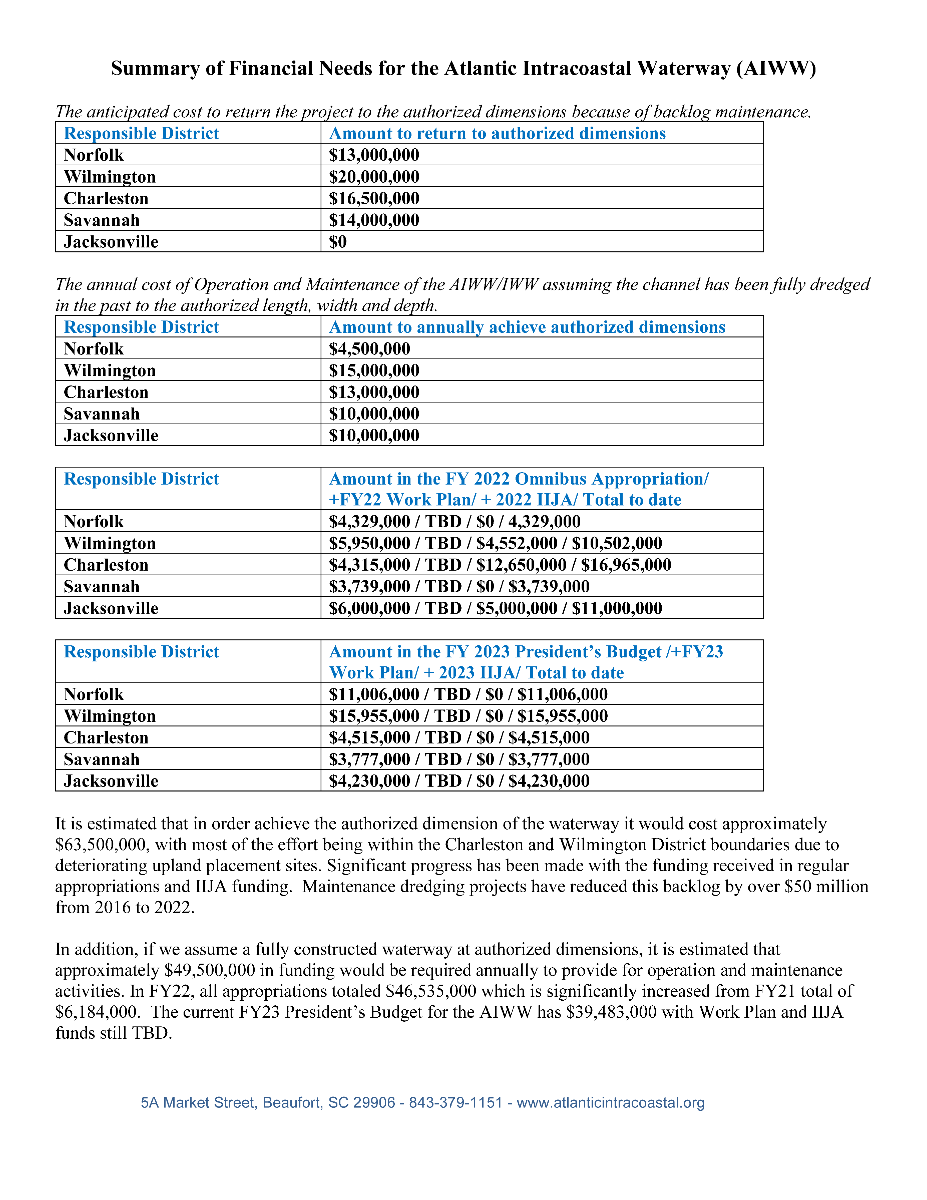 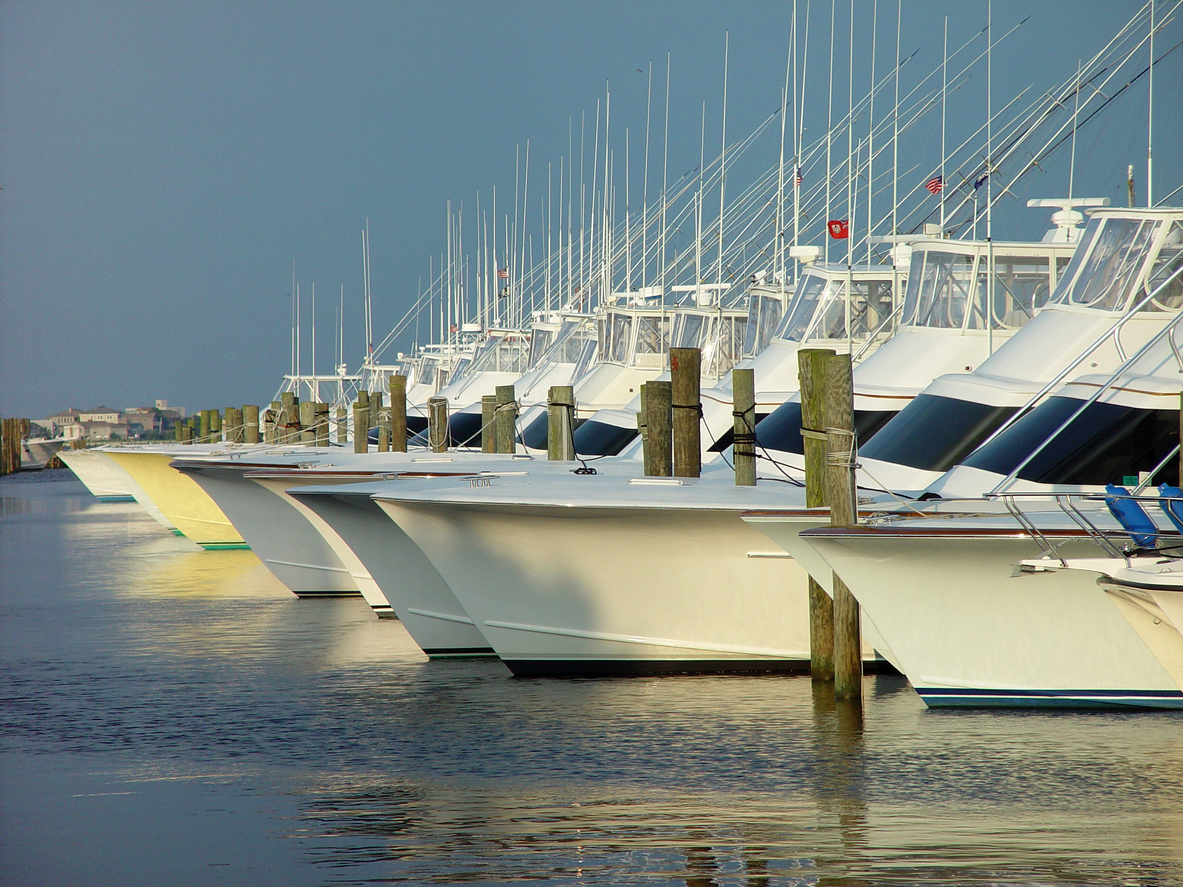 Study finds some N.H. beaches can withstand storms better than others

After a particularly raucous bout of weather in April 2019, Rick Cliche and his wife, Leslie, pulled up to Hampton’s North Beach and found, to their utter surprise, ancient peat moss and weathered tree stumps where the sand used to be — the beach had effectively been scoured clean from the recent storms, exposing the… Read More

Findlay’s Riverside Dam has been a landmark in the city for more than a century, but some changes may be coming. The dam was first built in the late 1800s to help ice harvests upstream, then, it was used to form a reservoir for the city. Now, it’s holding back water for recreation purposes, offering kayaking launches… Read More

Hawaii homeowners are reportedly taking dangerous and illegal measures to prevent their coastal homes from falling and crumbling into the ocean, the Hawaii Department of Land and Natural Resources said in a news release. Earlier this month, the DLNR used a drone to survey Oahu’s North Shore and discovered that many homeowners were taking “desperate”… Read More

A rule quietly ushered in affecting properties across the Hastings district coastline has left residents frustrated, puzzled and out of pocket. Hastings District Council is using new coastal flooding data to require homeowners to raise the height of their renovations. For some, that means going up about 2 metres off the ground. But there are… Read More

Just about every city and county leader from across the Coastal Bend packed into a room for a Council of Governments meeting Friday. Almost $180 million from the General Land Office is set to be divided up among the 11-county area. It’s money that local leaders didn’t have to apply for that will go to communities affected… Read More