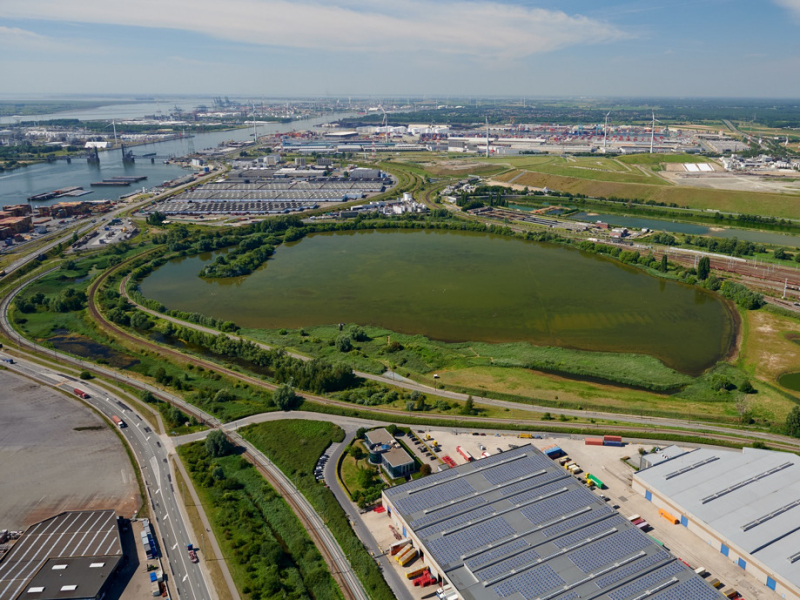 The PIONEERS project will demonstrate clean and other energy innovations in smartening and reducing emissions in ports.

The large scale 5-year project will be undertaken by an international consortium of 46 partners led from Belgium by the Port of Antwerp with support of a €25 million ($30 million) grant from the EU Horizon 2020 programme.

PIONEERS (Portable Innovation Open Network for Efficiency and Emissions Reduction Solutions) is due to roll out a variety of 19 ambitious demonstrators in the field of clean energy production and supply, sustainable port design, modal shift and flows optimisation and digital transformation.

Together these could lead to a rethinking of all aspects of port operations ranging from terminal operations and mobility to the storage and use of energy.

The Port of Antwerp will function as a lighthouse port, deploying the majority of the demonstrators. The ports of Barcelona (Spain), Constanta (Romania) and Venlo (Netherlands) are the fellow ports, which will play a role in the transferability of the solutions with the implementation of the best practices from the project.

“The Port of Antwerp aims to be the first world port that reconciles economy, people and climate,” says CEO Jacques Vandermeiren.

A full list of projects has not been released but proposed actions include delivery of renewable energy generation, the deployment of electric, hydrogen and methanol vehicles and a building and heating network retrofit for energy efficiency.

Other aspects will include the implementation of circular economy approaches in infrastructure works, automation and the deployment of digital platforms to promote modal shift and optimise vehicle, vessel and container movements.

In one initiative that has been announced, Singapore headquartered IoT solution provider Envision Digital will use its technology to build a digital twin of the port.

Envision Digital also will implement an intelligent energy management system at the port’s Euroports terminal to optimise and control a battery energy storage system connected to local wind turbines. Goals are to optimise electric vehicle charging while maximising the local self-consumption of the wind power.

Ports are major users of electricity and as such offer considerable potential for decarbonisation and indeed they are taking the lead in testing innovations such as blockchain and electrification of operations. With their key strategic position, they also are critical to the flow and/or storage of products such as hydrogen and other low carbon fuels with various countries such as Chile and Brazil lining up for a share of the global market.

The PIONEERS project is set to kick off at the end of 2021.