Offshore Wind Is Ready for Takeoff 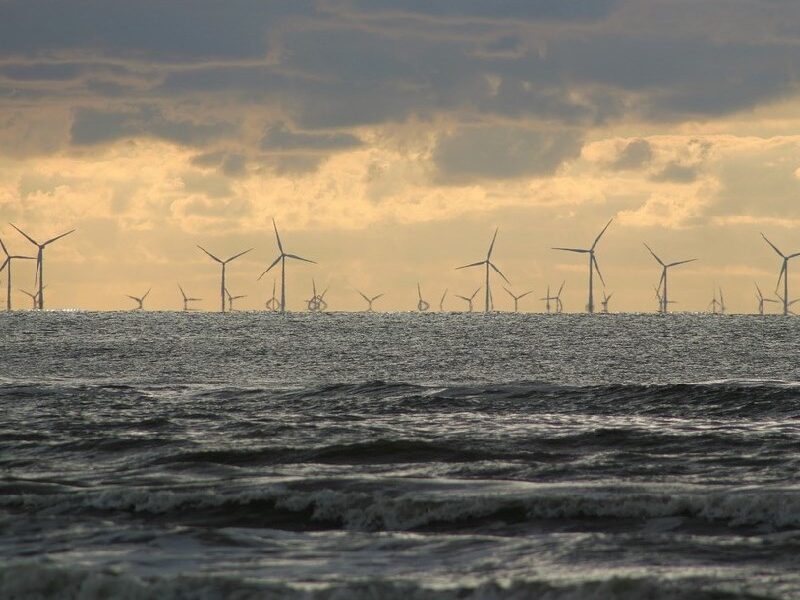 Image by David_Will via Pixabay

An industry insider offers an update on this renewable sector’s potential and challenges.

The Atlantic coast has great opportunity for the energy sector and governors across the northeast are aware of it. They need this power source to meet their states’ clean energy goals and are now in stark competition to establish the land-based businesses that will supply the offshore wind industry and bring tens of thousands of jobs to the region.

The offshore wind industry had little support under the previous administration. For example, early last year, the construction of the 800-megawatt Vineyard Wind—the nation’s first utility-scale wind farm off the coast of Martha’s Vineyard— was delayed after federal officials announced a new, longer-than-anticipated timeline for the review of the project.

The most pressing issue curtailing industry confidence is the federal government’s uncertain leasing and permitting processes. The East Coast states, for example, have already committed to procuring 30 gigawatts of offshore wind generation capacity, more than can be developed in the current existing federal offshore leases. More than a dozen offshore wind projects totaling 11.6 gigawatts of capacity have already secured financial offtake and are ready for construction once they receive federal permitting approval. By auctioning new lease areas, advancing current projects awaiting federal approval and streamlining the federal permitting process, the Biden Administration can ensure substantial private sector investment and consistent growth within the U.S. supply chain.

On the other side of the Atlantic, European developers have been building offshore wind farms for almost 20 years. More than 500 offshore wind turbines across 10 projects in Europe were connected to the grid in 2019. The U.S. counts just seven, 15 miles off the coast of Rhode Island. But the new administration could mean that a major shift is about to unfold, and projects previously blocked to enter development alongside new ones.

In 2016, Dutch company Ventolines supervised the installation of turbines and advised on asset management for the first offshore wind farm in the U.S., off Rhode Island. Now it’s about to do the same for Massachusetts’ Mayflower Wind park, except that this project is 27 times larger in capacity than the Block Island Wind farm. What does this mean for the U.S. offshore wind industry?

Salustro: It is an exciting time for the U.S. offshore wind industry, as it sits on the precipice of substantial growth and development. However, offshore wind markets are surging, ‘putting steel in the water’ in the European and Asian regions. Hence, despite the dramatic increase in capacity between the Block Island Wind Farm and Mayflower Wind project—which is dwarfed by Dominion Energy’s planned 2.6-gigawatt project off Virginia’s coast—the U.S. risks being left behind.

The Biden Administration’s commitment to renewable energy will build upon the offshore wind leadership demonstrated by the state governments of New Jersey, New York, Rhode Island, Virginia and others. These commitments will spur investments, development and job creation. On January 27, the Biden Administration issued an Executive Order on Tackling the Climate Crisis at Home and Abroad, which sets a goal of “doubling offshore wind” in federal waters by 2030.

This early signal from the Biden Administration is promising because it is federally issued permits that will allow U.S. projects to move toward financial close. Once these approvals are issued, we expect the industry to grow exponentially in 2021, which means the creation of more local jobs, more American shipbuilding announcements, more offshore wind leasing opportunities, and more focus on U.S. supply chain development.

How has the industry progressed in the past four years? What about the technology powering the industry?

Over the same period, states have set targets to collectively procure nearly 30GW of offshore wind capacity by 2035. Furthermore, approximately $3.6 billion of both private investment and public funding has been committed to port infrastructure, research and development, workforce development and other purposes. These developments have positioned the U.S. offshore wind market for explosive growth. Converting these preparatory steps into steel in the water requires federal permitting approvals, which must be forthcoming during 2021.

The U.S. is a late bloomer in relation to the offshore wind industry. How would you explain that? How long will it take the U.S. to catch up with Europe?

Salustro: The U.S. has fallen behind Europe and Asia in offshore wind development and must act boldly to catch up or else it risks further project delays and slower investment levels. However, over the past several years, U.S. states have demonstrated committed leadership via offshore wind commitments, port investments and capacity procurements.

The federal government must move to match state government leadership by advancing current project permits and by delineating and auctioning additional offshore wind lease areas. While the U.S. is currently behind, it has the potential to unleash a cutting-edge American clean energy industry and position itself as a world leader in offshore wind energy.

What does the Biden Administration mean for the offshore wind industry?

Salustro: President Biden’s commitment to renewable energy development will lead to significant growth in the offshore wind industry and the U.S. supply chain. Renewable energy development was at the foundation of his campaign and he remains committed to creating a clean energy grid by 2035. Biden’s early actions—like the recent Executive Order calling for doubling offshore wind development in ten years and the creation of two new senior advisor positions dedicated to the environment—reflect his dedication to tackling climate change and developing America’s renewable energy industry.

The Biden Administration must take the key step of issuing approvals for the eleven Construction and Operations Plans (COPs) currently under review by the Bureau of Ocean Energy Management (BOEM) and other mission-critical federal agencies. Issuing these approvals allows projects to advance toward financial close, which will, in turn, foster the greater investor confidence that is needed to drive private investment into the U.S. offshore wind industry.

Which are the priorities and opportunities you see for the industry in the U.S. over the next four years? What about the most pressing issues curtailing the industry’s evolution? Which legislation hurdles impact the most business confidence and investment?

Salustro: For the offshore wind industry to realize its full economic potential and meet market demand, the federal government must move commercial-scale projects through the permitting approval process and delineate and auction additional offshore wind leases. Businesses investigating whether to make—sometimes quite sizable—investments into the U.S. offshore wind industry are seeking certainty, clarity and transparency from the federal permitting process. BOEM, responsible for offshore renewable energy development in federal waters, has not yet approved the COPs for any commercial-scale offshore wind project and has only leased enough wind energy areas for about 20GW of offshore wind capacity.

Currently, there is a market demand of roughly 30GW for offshore wind capacity, which has been fueled by state commitments to purchase electricity from offshore wind generators. Without significant action in the near-term, we could see the attention of businesses and investors turn toward Europe and Asia.

There has been intense debate on the environmental impacts of offshore wind projects across the Atlantic coast. How are things presently and what do these mean for the offshore wind industry in the near future?

Salustro: The federal government takes significant steps to ensure that offshore wind development is done in an environmentally responsible manner. For years, the government has been convening stakeholders, conducting studies and issuing reports to ensure development is done safely. Depending on the size of the project, that could entail upwards of 175 different reports and studies on everything from benthic environmental surveys to tracking shellfish and sea mammals.

Offshore wind has the overwhelming support of the public, state leaders and the President because it can deliver clean, renewable energy to hundreds of thousands of homes and creating good-paying jobs in the process.

How has the current pandemic affected the offshore wind industry?

Salustro: Offshore wind has proven resilient in the face of the pandemic. Last year, the Coastal Virginia Offshore Wind project was completed on time and on budget through COVID-19 restrictions. Notable as well, it is the nation’s first offshore wind project in operation in federal waters.