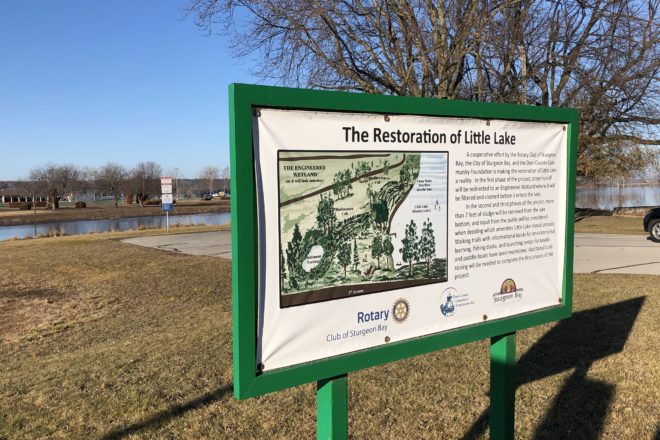 Rotary Club members say donations will be needed to complete the next two phases of the three-phase Little Lake restoration project. The next goal is dredging seven feet of fertilizer- and nutrient-rich sediment from the bottom of Little Lake, a large pond in Sturgeon Bay’s Sunset Park. Photo by Craig Sterrett.

The wait continues for the second phase of the Little Lake cleanup project in Sturgeon Bay’s Sunset Park.

Meanwhile, Lake Michigan’s high water levels have seeped in during the past two years, deepening the normally shallow water body and helping to mitigate water-quality issues.

“I’ve heard over the years, ‘The solution to pollution is dilution,’” said Roger Anderson, the late Rotary Club Environmental Committee co-chair, in early December. “Well, now there’s a lot of water in the lake, which I think is helping to dilute some of that contamination. For a while it smelled bad and looked bad, and it’s a really attractive lake now.”

For decades, stormwater runoff from the neighborhood to the north drained directly into the lake, carrying with it fertilizer, phosphorus and other nutrients that led to a massive algal bloom. The large flocks of Canada geese on Little Lake and in the park also contribute to the nutrient loading. The pond scum and odor, as well as occasional fish kills, made the lake unpleasant to be around during low-water conditions.

Four years have passed since the completion of the first phase of the Little Lake project. That work included creating engineered wetlands – two small buffer-zone ponds – south and east of the lake in 2016. The engineered wetlands act as buffer zones, functioning almost like septic-system leach fields. Stormwater drains from Alabama, Delaware and Georgia streets are now routed into the wetland ponds rather than directly into the lake.

The next step will be dredging to remove more than seven feet of sludge, silt and decaying matter on Little Lake’s bottom. However, Sturgeon Bay Public Works Superintendent Mike Barker said the city did not receive a grant for that work this year.

“The only way we’re going to continue with the dredging is if donations come in for it,” Barker said. “The city was going to borrow money for the dredging, but with the current state of our budget, we couldn’t keep that in the budget for next year.”

Rotary Club Environmental Committee Co-chair Greg Meissner added that the city’s priorities for Sunset Park recently shifted from dredging Little Lake inside the park to protecting the park’s shoreline from erosion and high water levels in the bay.

The pollution in the lake bottom is not toxic, but the sediment is extremely rich, causing poor water quality and algae growth, especially when the lake level is low, Barker said.

It’s been more than a century and a half since Little Lake was pristine – before the Bradley-Crandall Sawmill began operations there in 1853. In keeping with that history, Barker frequently refers to the lake as Bradley Lake. Barker said that if and when dredging takes place, the silt and sludge can be trucked to the city utilities’ spoils site.

The Rotary Club, the city government, volunteers and members of the Door County community worked hard to promote the first phase of the project, and the Rotarians, led by Meissner, planted shrubs, trees and native plants around the buffer-zone ponds to round out the first phase.

Meissner said all of the plants were selected because they are tolerant of moist soil, but many have died because high Lake Michigan water levels often saturate portions of the park. Meissner hopes dredging can take place before the low water levels return.

Visit the doorcountycommunityfoundation.org for more information on how to donate. 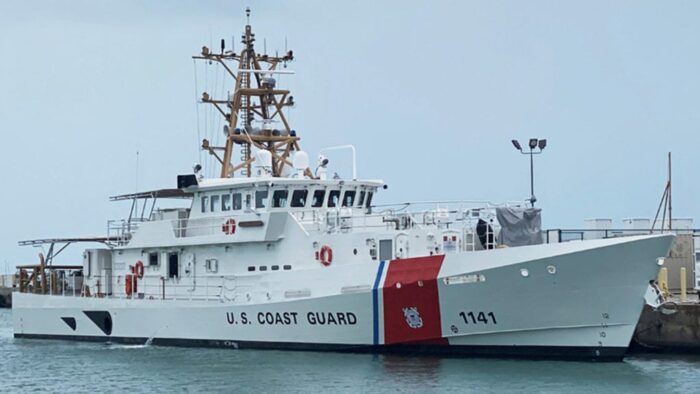 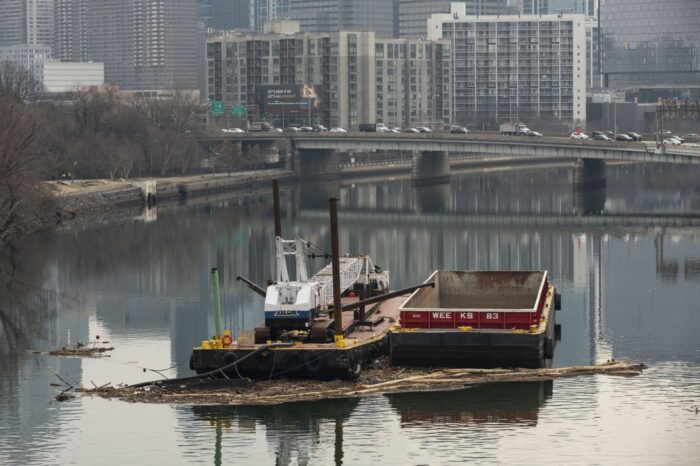 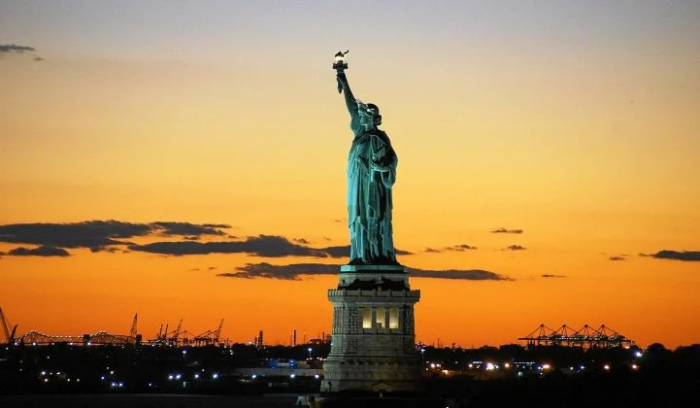