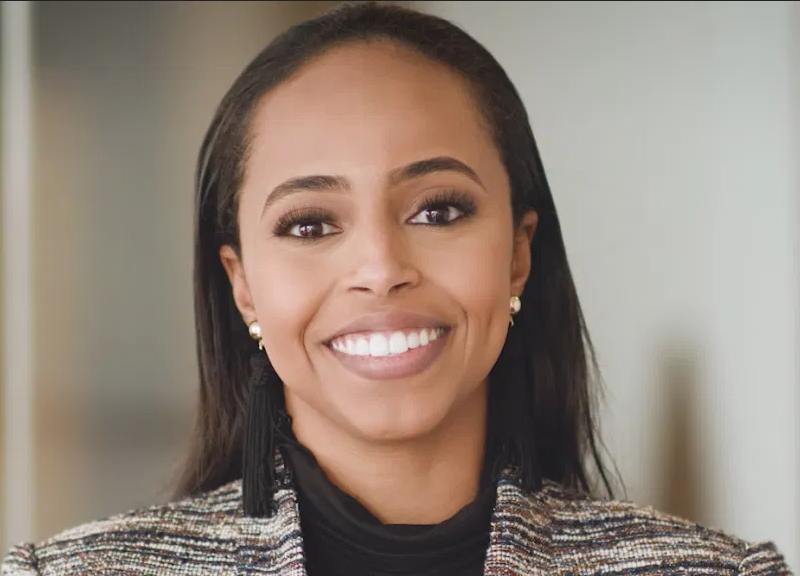 Hamdi Mohamed has had a connection to the Port of Seattle in one way or another for the majority of her life.

Seattle-Tacoma International Airport (Sea-Tac), which is owned by the Port, was one of her first points of entry into the United States when she emigrated from Somalia at the age of three. Since then, she’s lived and worked in various parts of south King County, where many families work in jobs connected to nearby Port-related industries. Mohamed’s father was a truck driver, her mother worked at Sea-Tac airport, and Hamdi herself has worked with frontline workers in south King County for more than 15 years. She currently lives in the city of SeaTac with her husband.

When Mohamed announced her candidacy for the Port of Seattle Commission on February 17, she wanted to improve the regional representation of the Port’s decision-makers, among other things. If elected, she would be the only Port Commissioner to currently live in the airport community. Mohamed would also be the first Woman of Color and the first East African person ever to be elected to the governing body that heads North America’s fourth-largest container gateway.

“I think folks are ready to see change,” said Mohamed in an interview with the Emerald. “I think folks are ready to see strong leadership on our Port Commission and they want to see someone from our Port community. The community is impacted by Port decisions and it’s time that they get a seat at the table … I’m running on a vision that centers the needs of the people of King County — that ensures that our south King County community members have representation and that economic recovery post-COVID-19 at the Port is able to happen quickly and equitably.”

Mohamed is currently a policy advisor for the King County Executive Office of Equity and Social Justice, where her job is to provide advisory and monitoring support to the $12 billion county budget to ensure it reduces disparities and advances equity. After the COVID-19 pandemic began, Mohamed helped lead an initiative to invest $1.5 million in a new market and cooperative housing development in Tukwila and she also managed the $3 million COVID-19 Community Response Fund that went directly to community-based organizations working with frontline workers. She also led an effort for King County Public Health to partner with national leaders to provide two days of free COVID-19 testing and free face coverings and care packages to over 3,500 individuals and families. Mohamed helped ensure on-site interpretation in over 25 different languages by partnering with local and community health clinics.

Before working for King County, Mohamed was the deputy district director for U.S. Congresswoman Pramila Jayapal. There, she advocated for federal workers impacted by the partial government shutdown in 2019 and helped hundreds of small and medium-sized businesses navigate the impacts of new public policies. She’s also worked for CARE International and the Refugee Women Alliance (ReWA) in roles dedicated to fighting poverty and empowering immigrants.

“I want to bring my expertise in equitable economic development and job creation to the Port of Seattle,” said Mohamed. “As we plan to recover from COVID-19 and build back better, I want to help the Port invest its resources and energy toward supporting communities that have been impacted the most by the pandemic. If you look at my career, you’ll see that I have dedicated my life to public service. Throughout my career, I have helped many residents and young people with opportunities and professional developments. As a Port Commissioner, I will take actionable steps to help create jobs for adults, people with disabilities, and youth in construction, maritime trade, and other Port-related industries.”

If elected, Mohamed will continue to focus her work on job creation and equitable economic development, as well as small business support, but environmental justice will also be a top priority. Mohamed is committed to protecting salmon and orca populations by restoring their habitats, accelerating the Port’s efforts to transition from fossil fuels to renewable energy, and addressing ways to reduce the effects of harmful aircraft-related pollution.

“We really need climate champions at the Port,” said Mohamed. “I can actually talk about the experiences of living in the Sea-Tac airport community that has been impacted by air quality and noise pollution. … Creating jobs, equitable economic development, and environmental protection — those are all priorities for me and they all go hand in hand. Environmental protection is an economic issue. So, improving the health of the community near the airport is a top priority for me. I am committed to working with our Port businesses and local communities to reduce aircraft-related pollution, including carbon emissions. As someone who lives in the airport community, working to reduce noise pollution from airplanes and supporting alternative jet fuels will be a top priority for me.”

So far, the only other candidates to announce their intention to run for the Port of Seattle Commissioner are incumbent commissioners. Peter Steinbrueck and Ryan Calkins are running for reelection to their positions, while two-time incumbent Stephanie Bowman will be Mohamed’s competition for Position 3 on the Port Commission.

The primary election will begin on August 2.

“I have had the privilege of working alongside Hamdi Mohamed for over 10 years now and I am very proud to endorse her for Port of Seattle, Position 3,” said Jayapal in a press release once Mohamed announced her campaign. “Hamdi is an exceptional leader and a problem solver of the highest caliber. I have watched her time and time again — including as my former deputy district director — bring her skills, voice and perspective to every issue she worked on, including our work with federal agencies to support families, small businesses, and communities affected by the aviation industry. Hamdi’s lived experience and expertise will be tremendous assets to the Port Commission, especially now at a time when our communities need commissioners who will champion the issues of working people, listen to community needs, and develop real solutions, including an equitable plan for recovering from COVID-19. I know, without a doubt, that Hamdi will bring bold leadership in development, equity, and accessibility to our Port in this critical time.”

“Hamdi has been a leader for working people and our communities,” said Zenia Javalera, president of SEIU6, in a press release announcing Mohamed’s campaign. “She shares the values and experience of SEIU6 members and knows access to union jobs is good for families and our economy. Hamdi Mohamed has earned the endorsement of the essential workers of SEIU6 Property Services Northwest.”

Jack Russillo has been reporting in Western Washington since 2013. He covers the environment, social justice, and other topics that affect a sustainable and equitable future. He currently lives in Seattle’s Beacon Hill neighborhood.