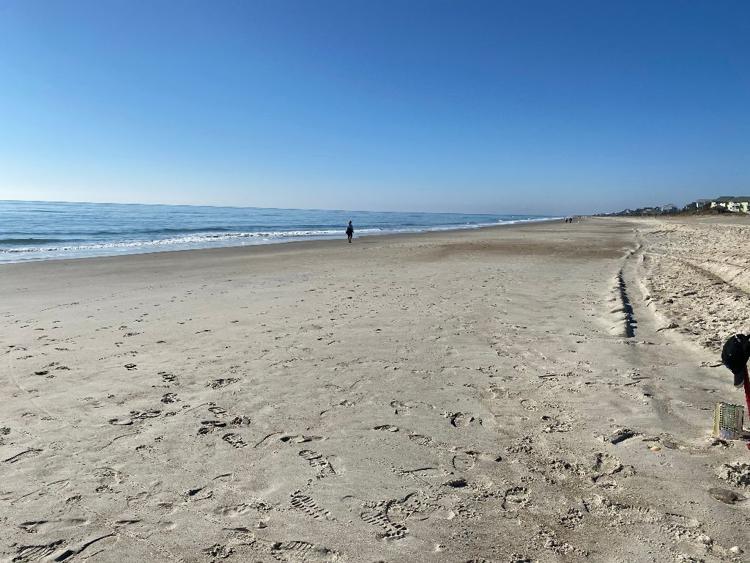 The vote came during the Emerald Isle Board of Commissioners’ monthly meeting, conducted on GoToMeeting.

Commissioner Jim Normile, who is vice chairperson of the beach panel, made the motion. The beach commission advises Greg Rudolph, manager of the County Shore Protection Office, which plans and oversees beach nourishment projects.

Mr. Rudolph said during the meeting that although the beach panel feels it’s right to stay with the local plan that relies on occupancy tax revenue, state funds and money from the Federal Emergency Management Agency to fund projects, he was making the rounds to make sure the affected towns agreed.

The federal plan, which the county has been working on for more than two decades, was finally approved and partly funded last year by the U.S. Army Corps of Engineers. It’s called the Coastal Storm Risk Management Project and generally would fund 65% federal money to augment 35% local funds for an initial nourishment project, as well as at least 50% of the cost of future “maintenance” nourishment when measured erosion triggers show projects are warranted. The current county plan relies on similar triggers.

But Mr. Normile and Mr. Rudolph have noted the federal plan relies on annual federal budget allocations to the ACE, which would also design and supervise nourishment projects, ending local control. The plan would also eliminate use of FEMA money for efforts.

In addition, Mr. Rudolph said Tuesday, the federal plan would impose tougher public beach parking space requirements on the island at a time when available property is very expensive and hard to find. It would require 133 more parking spaces in Emerald Isle, Mr. Rudolph said, in addition to the more than 300 already available in the two major accesses.

Mr. Rudolph also noted the federal plan would require the county and towns to obtain countless oceanfront easements, at a cost that could exceed $2 million.

“After a year of discussion … the beach commission recommended not entering into the federal agreement,” Mr. Rudolph told the Emerald Isle board. “But this is not a done deal.”

Mr. Normile said the ACE’s $44 million in funding awarded last year for the federal plan was “a pleasant surprise” and praised Mr. Rudolph and others for making it happen. However, he noted it was potentially hazardous to do anything that would eliminate the use of FEMA money, which has helped fund two major nourishment projects since Hurricane Florence hit in September 2018. FEMA money also is helping to pay for a third project, set to begin this month in Emerald Isle.

There was no debate on the motion by Mr. Normile to “stay the course” on beach nourishment.

The county will lose the ACE’s $44.5 million contribution if it formally opts out of the federal plan.