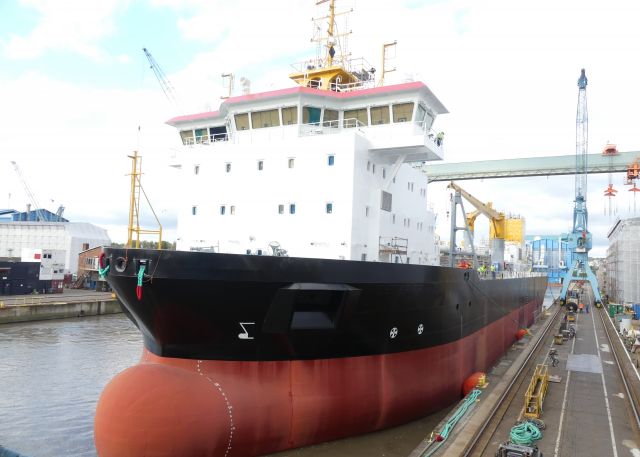 The 133.27 loa, 23m wide trailing suction hopper dredger Osteriff was ordered from Elbe shipyard Pella Sietas in December 2016 by the German Government for operation with its Waterways and Shipping Administration (WSV).

Originally it had been due for delivery in December 2018. However, the yard itself said when the order was placed that meeting the deadline would be “challenging given the complexity of the ship”. And so it has been.

The 12,036dwt Osteriff is only now being outfitted and finished off at Pella Sietas after floating out this autumn, an operation delayed by almost a year. The reason for the delay was a silt buildup, now cleared, preventing ship movement at the yard, which is located where the River Este meets the Elbe near Hamburg.

Delivery of Osteriff is now expected next year – when it will also be officially named – but exactly when is still not certain. WSV spokeswoman Claudia Thoma told Maritime Journal:  “According to the Pella Sietas Shipyard, the handover of the dredger will take place at the earliest in the second quarter of 2021”. The ship will see service mainly on the Lower Elbe and in Hamburg and will “strengthen the WSV’s fleet of owned ships and its dredging capacity”, Thoma declared.

Osteriff will draw 6.9m and have a dredging depth of maximum 25m. It will be capable of loading 7,500m3 and have eight Bodenventile for offloading, a hold pumping system and a dredging pump capacity of maximum 1,945kW capacity.

The WSV and Pella Sietas have already reported that the newbuild will have what is described as a low-emission and “particularly eco-friendly”, 14,000kW diesel-electric drive for Elbe tidal operations providing up to 13 knots. The WSV told Maritime Journal late 2020 that Osteriff’s propulsion and energy generation configuration will comprise “five identical MAK 8M25E engines each of 2800kW.

Of similar size to the new Osteriff at 131.75m x 23m, the WSV’s only existing suction dredger, Nordsee, has a smaller loading volume of 6,100m3. It has been in service since 1978 and its diesel-electric propulsion system comprises two MaK 8M552AK diesels for a total 7,060kW and a top speed of 11 knots. 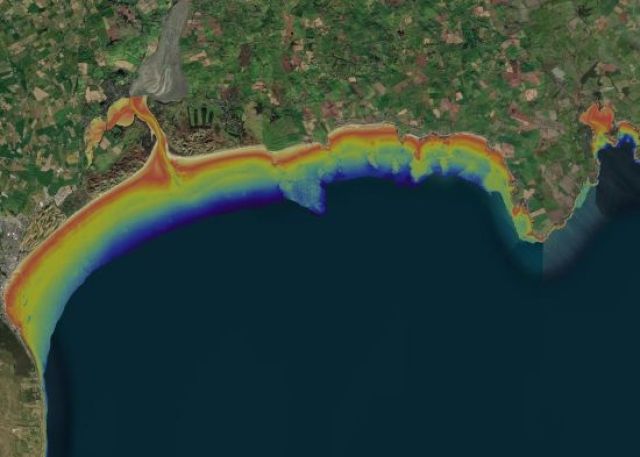 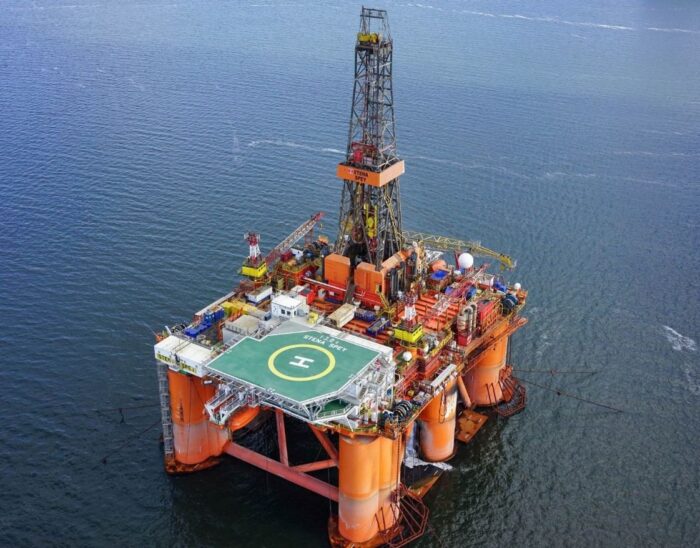 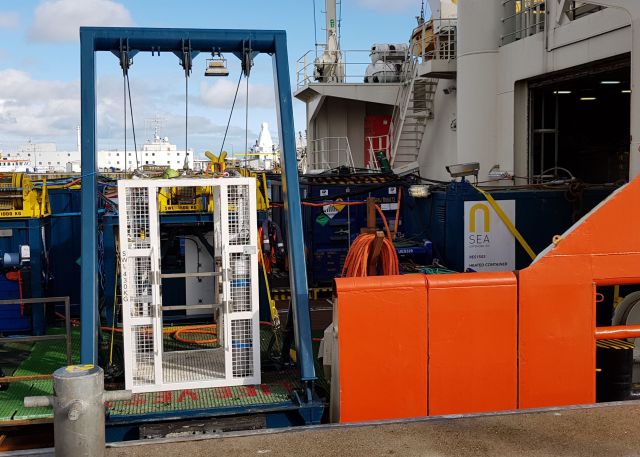 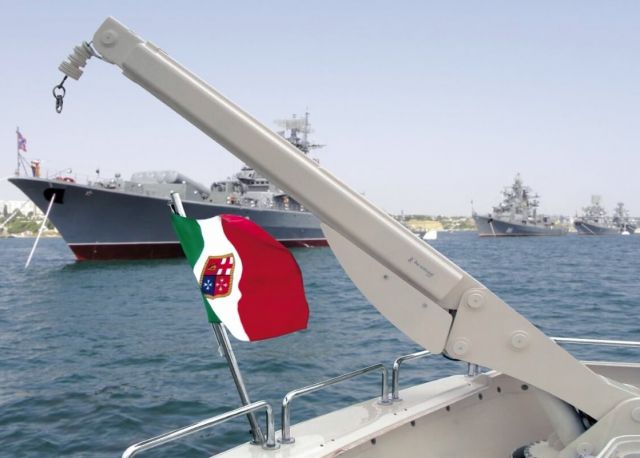 Italian company Besenzoni has decided to introduce to the wider public its range of products designed for the commercial and military sectors. To date, among the products that the company manufactures for the commercial and military sectors are helm seats, gangways, boarding ladders, cranes, hydraulic handling systems, hatch openings, watertight doors and more. The new… Read More 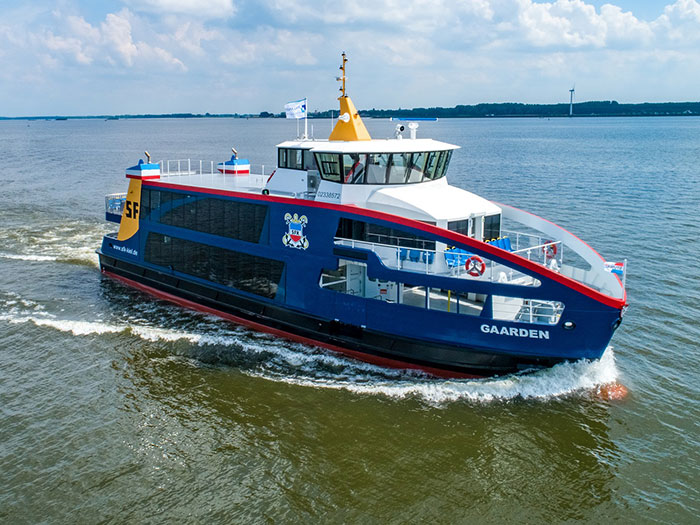 Germany’s Schlepp- und Fährgesellschaft Kiel (SFK) has exercised a contract option with Holland Shipyards Group to build three additional hybrid ferries. The design of the new ferries will be in line with that of the Gaarden, delivered in July 2020 (see earlier story). They will measure 32.40 by 8.80 meters and will be provided with… Read More