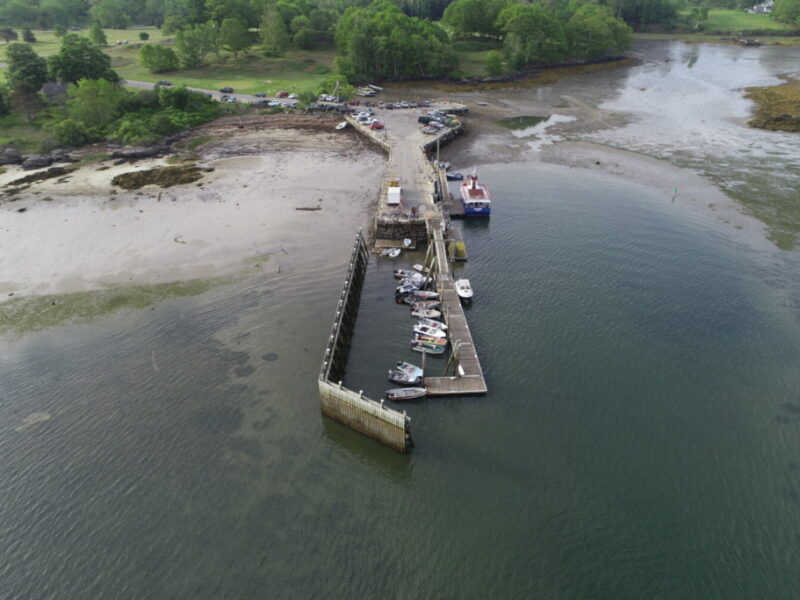 An aerial shot of Stone Wharf on Chebeague Island. Engineering firm Wright-Pierce was hired to look into the stability of the wharf and potential improvements that could be made. Contributed / Wright-Pierce

Raising the wharf 2-3 feet is also being considered as sea-level rise threatens the coastal community.

Ferries to and from Stone Wharf at Chebeague Island have been plagued by delays and cancellations due to blockages at low tide. Hope is in sight, however, as the Army Corps of Engineers will begin dredging next month.

Dredging to remove gravel, sand and silt at Stone Wharf Landing is scheduled to begin in early February and end by late March, according to Chebeague Transportation Company General Manager Matthew Ridgway.

The town is responsible for 20%, or $460,000, of the total cost for the project, estimated at $2.3 million. Half the town’s share has been paid, and it will be decided by the Select Board this spring how to pay the remainder.

Dredging is supposed to be done every 10 years, but the last time it was completed at the wharf was in 2003, before the island seceded from the town of Cumberland in 2007. After seceding, the island could not afford to dredge until now, according to Select Board Chairperson Donna Damon.

The ferry Independence travels between Chebeague and Cousins Island in Yarmouth daily.

During this month alone, the ferry between Yarmouth and the island has been delayed or canceled three times because of blocked access, according to the Chebeague Transportation Company’s website.

“Until the Stone Pier dredging project is completed, cancellations during extreme low tides will, unfortunately, continue,”  the company posted.

Canceled ferry landings began in late 2019 to early 2020 and have only gotten worse over time, Ridgeway said.  In the nine years he has worked for the company, the ferry rarely canceled, and then only in extreme weather and/or abnormally high tides, he said.

Island Commons, a nonprofit assisted living home, has been struggling with the ramifications of cancellations and delays.

“We operate 24/7/365 and most of our caregiving staff commute from the mainland.  They travel from as far as Lewiston and Lisbon and most have at least a 40-minute commute, not including ferry time,” Community Outreach Manager Nancy Olney said. “We hire Fogg Water Taxi out of Portland to transport staff when the CTC boat has low-tide cancellations.  It’s very expensive, but with few on-island caregiving employees, it’s a necessary expense until the channel is dredged.”

Around 34,000 cubic yards of deposits will be removed during the project, according to the Army Corps of Engineers. The dredged material will be taken to the Corps’ Portland Disposal Site about 8 miles off the coast of Cape Elizabeth.

Meanwhile, the town faces the longer-term issue of raising the wharf to accommodate rising sea levels.

Wright-Pierce, hired by the town for $120,000, reported to the Select Board last week that the wharf is stable enough to be raised but modifications would be necessary. Plans have not been finalized and there is no timeline yet for that project.“When we have a storm, the water goes over the wharf,” Damon said. “You can’t see where the water is and where the ocean is when we have high tides and a big storm. So there’s two issues: Is the wharf high enough and is the ocean deep enough?”

Wright-Pierce suggested the town use micropiles, which are steel-encased concrete pilings with a reinforced steel core attached to bedrock, to strengthen and lift the wharf. The pilings would lift the pier about 2-3 feet. Once the pier is lifted, the parking area and drop-off zone will also need to be reconfigured, engineer Jason Gallant said.

The next steps are to create a draft report and hold public meetings so options can then be weighed to decide what solutions will best serve the community and at what cost, Gallant said.

When asked about associated costs, Wright-Pierce staff said they did not want to venture any guesses. It will depend on available funds and grants and the cost of parts and labor at the time of construction.

The infrastructure ministry of Buenos Aires province has received bids from 21 firms for a 5.3bn-peso (US$51mn) project to dredge a section of the Luján river. The works are being financed with a US$120mn loan approved by Latin American development bank CAF in 2020. The project is divided into four contracts: Lot 1 (3.16km, 1.67bn pesos):… Read More One of the city’s most popular Gulf-side destinations — and one still bearing the damage of Hurricane Harvey — is on its way to being shored up against the next storm. Set to launch Monday, the multimillion-dollar project is slated to reconstruct and restore portions of Packery Channel — an attraction that draws an array of… Read More 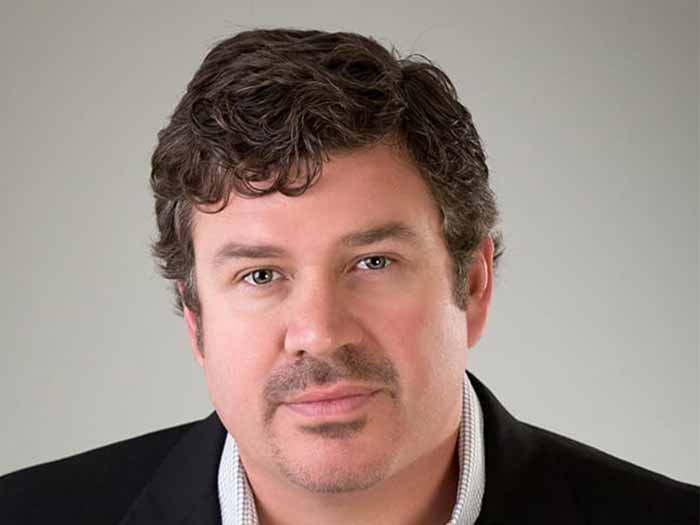 Bollinger Shipyards LLC is to construct a new 496- by 95-foot pontoon launcher for General Dynamics Electric Boat. The unit will support the construction and launching of the Columbia Class ballistic missile submarines that will replace the U.S. Navy’s aging Ohio Class ballistic missile submarines. “Bollinger Shipyards is excited to expand our ongoing relationship with… Read More