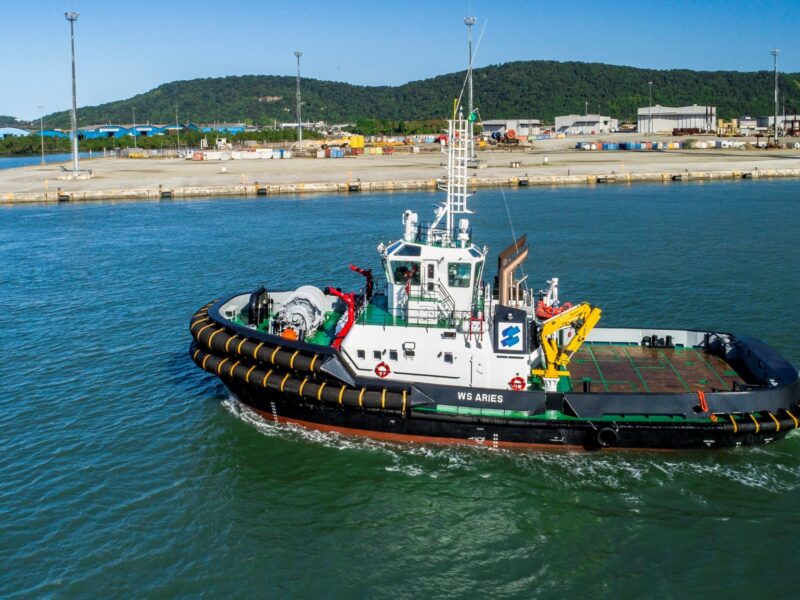 Wilson Sons has acquired a minority stake in Israeli startup Docktech along with a commercial exclusivity agreement to use the company’s maritime technology to monitor berth and waterway depth in Brazilian ports.

With the digital twin technology developed by Docktech and, through the data collected by its fleet of 80 tugs, the Brazilian port and maritime logistics operator will be able to understand silting behaviour in port areas, predicting how certain factors affect navigation conditions and security.

Márcio Castro, executive director of Wilson Sons’ tugboats business unit, said: “The worldwide port infrastructure still does not offer instruments capable of accurately determining the real depth of the access channels to the ports and the berths.

“With the Docktech solution, it is possible to make this measurement more precisely and, thus, avoid underutilising the cargo capacity of the ships, in addition to the waste of dredging resources.”

The technology is already running in the ports of Santos and Rio Grande, while the plan is to implement the solution in the coming weeks in the ports of Rio de Janeiro, Açu and Vitória before expanding it to all the locations where Wilson Sons operates.

Under the system, the tugs will collect and process bathymetric data (depth measurement) of the ports where they are operating and, using the Docktech algorithm, monitor the depth of the berths and waterways access in real time.

Last year, the company also acquired a stake in AIDrivers, which specialises in the development of autonomous mobility systems for heavy port equipment.

Eduardo Valença, commercial manager of Wilson Sons’ tugboats division, said: “This milestone is another step for the company to become a reference in providing solutions for the optimisation of local maritime and port infrastructure. And other startups remain on our radar.”