The US Senate has approved the Water Resources Development Act, which includes a $31bn project to build a coastal barrier that would help protect the industrial plants along Galveston Bay and the Houston Ship Channel.

The project, called the coastal spine or the Ike Dike, is a large-scale coastal storm risk management and ecosystem restoration project that will help protect Texas’s coast from storm damage.

The Houston-Galveston area is home to the largest concentration of petroleum refining and petrochemical processing plants in the US, and Port Houston is one of the busiest ports in the nation.

The plan was conceived by a professor at Texas A&M University at Galveston, Bill Merrell, in response to the extensive damage caused by the storm surge ahead of Hurricane Ike in September 2008.

The project would extend the protection afforded by the existing Galveston Seawall along the rest of Galveston Island and along the Bolivar Peninsula, with a 17-foot-high revetment near the beach or raising the coastal highways, according to the Texas A&M Foundation.

The addition of flood gates at the entrance to the Houston, Texas City, and Galveston ship channels, and at San Luis pass would complete a coastal spine that would provide a barrier against all Gulf surges into the Bay.

Merrell said the project could be built using existing, proven technology such as the gates and barriers currently used in the Delta Works project located in the Netherlands. 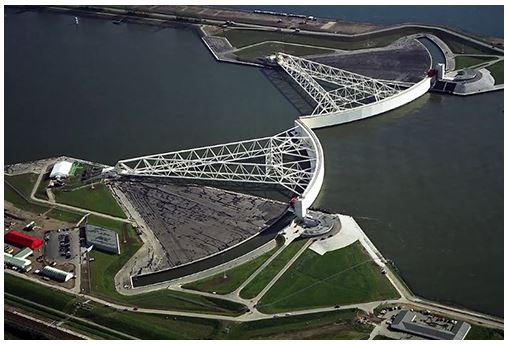 In September, the Chief’s Report for the Coastal Texas Protection and Restoration Study was signed, culminating a six-year, $20.63m comprehensive study led by the US Army Corps of Engineers (USACE) in partnership with the Texas General Land Office.

The coastal spine project is included in both the bill passed by the Senate and the version passed by the US House of Representatives.

There are details remaining to be ironed out between membership of both houses before the legislation gets sent to President Joe Biden to be signed into law.

The American Chemistry Council (ACC) joined with state and regional alliances to thank Congress for its strong bipartisan vote, saying the bills provide much needed resources to improve and strengthen water transportation infrastructure for one of world’s largest chemical manufacturing centres, the Texas Gulf Coast.

“The ongoing supply chain crisis demonstrates that our ports are in dire need of attention,” ACC president and CEO Chris Jahn said.

The project would not protect the plants in the region from a storm like Hurricane Harvey, which essentially idled above Houston and produced more than 50 inches of rain in a four-day period, as the coastal spine is designed to protect against storm surges.