The Autonomous Saildrone Surveyor Preps for Its Sea Voyage 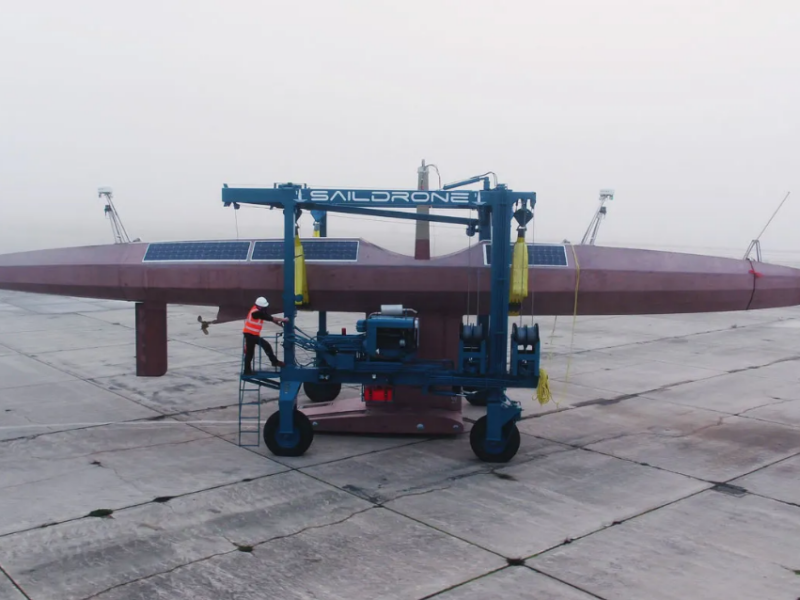 The robo-vessel will map the ocean floor, and its solar-powered sensors will sample fish DNA and collect climate data.

If you happen to be crossing the San Francisco Bay or Golden Gate bridges this week, look for a massive surfboard with a red sail on top cruising slowly across the water. Don’t flinch if you don’t see anyone on board. It’s actually an autonomous research vessel known as the Saildrone Surveyor and it’s being steered remotely from shore.

The 72-foot-long vessel is launching this week into the bay from its dock at a former naval base in Alameda, California. It is designed to spend months at sea mapping the seafloor with powerful sonar devices, while simultaneously scanning the ocean surface for genetic material to identify fish and other marine organisms swimming below.

The carbon-fiber composite and stainless steel-hulled vessel will navigate by itself, following a preprogrammed route to collect and transmit oceanographic data back to Saildrone headquarters via satellite link. The data will then become available to government and academic scientists studying the ocean. In time, its designers say, they hope that solar-powered Surveyor might replace existing oceanographic research ships that are far more expensive to operate and leave a substantial carbon footprint.

“Our goal is to understand our planet,” says Richard Jenkins, founder and CEO of Saildrone, the California firm that has spent the past 15 years designing previous versions of vessels that are about a third as big as Surveyor. “There are many reasons why you need seafloor information, from knowing where to place telecommunications and transoceanic cables, to safety of navigation, or looking for submerged seismic faults that cause tsunamis.”

Another use is for building out new energy infrastructure: Developers of wind farms need to know the underlying geological conditions before sinking the structures into the seafloor. “There are also economic needs as we transition to renewable energies. Wind farms require substantial mapping to build the wind turbines,” Jenkins says.

After completing sea trials during the next few weeks, the Surveyor’s first mission will be to sail from San Francisco to Hawaii. Along the way, it will map unexplored regions near a series of underwater seamounts where fish and other marine life congregate. The Hawaii trip will also serve as a shakedown cruise for its new sensor package, which includes two multibeam sonars that emit multiple soundwaves from a device under the ship. These soundwaves then reflect off both the ocean floor and things in the water column, like bubbles or fish. As the sound waves bounce back to the ship, the multibeam echosounder receives the waves, interprets the data, and creates visualizations of the entire three-dimensional space beneath the ship. The Surveyor’s multibeam sonars can reach 7,000 meters deep (about 23,000 feet), which would cover the depth of most of the world’s oceans. There’s also a device called an acoustic doppler current profiler that can detect the speed and direction of water currents down to 1,000 meters (3,280 feet).

Scientists have been diving to the seafloor in crewed submersibles for decades, vessels like the newly retooled Alvin that can carry three people down to 6,500 meters. While crewed vehicles allow researchers to get close to hydrothermal vents, erupting underwater volcanoes or unusual deepwater marine habitats, they can only stay down for a few hours and are much more expensive to operate than a drone like Saildrone Surveyor.

Oceanographers want to understand ocean current circulation to get a better idea of how heat and carbon are being absorbed from the atmosphere and then distributed throughout the ocean, Jenkins says. More than 90 percent of the heat trapped by carbon emissions is absorbed by the oceans, making their warmth an undeniable signal of the accelerating crisis. Researchers want to improve their estimates of the global heat and carbon budget—where heat and carbon are both stored and released—to better measure how fast the atmosphere and ocean are changing and what effects might be felt in the future. Saildrone Surveyor will be collecting current and temperature data with its onboard sensors.

Another sensor, designed and built by researchers at the Monterey Bay Aquarium Research Institute, will sample DNA shed from the skin, mucus, and excrement of sea animals. Ocean scientists are excited about the idea of collecting environmental DNA, or eDNA, because it means they don’t have to go to sea in stormy weather to collect data, and it allows them to sample over a long period of time, instead of collecting information during a three- or four-week cruise. It also doesn’t require them to harvest the fish. The DNA samples are analyzed in real time and the results are then sent back to shore along with the mapping and ocean circulation data. Knowing the kinds of fish or other animals that live in an area is important for regulators setting the size of commercial fishing limits as well as marine areas that need to be protected.

The Saildrone Surveyor was built with funds from a mix of organizations. In 2019, NOAA’s Office of Ocean Exploration and Research provided a three-year $1 million grant through the National Oceanographic Partnership Program to the University of New Hampshire, in partnership with the Monterey Bay Aquarium Research Institute and Saildrone, to integrate and test sensors on the Saildrone Surveyor for deepwater mapping and DNA sampling.

The current version of Surveyor is the culmination of a decade of work on smaller Saildrones that successfully sailed across the Pacific, mapped shallow coastal regions off the North Slope of Alaska and circumnavigated the Southern Ocean around Antarctica, Jenkins says. But the smaller versions didn’t have enough solar power to run the sonar devices needed to map the deep ocean, says Larry Mayer, director of the Center for Coastal and Ocean Mapping and Joint Hydrographic Center at UNH. “We really don’t know much about most of the ocean,” Mayer says. “Only about 19 percent of the seafloor has been mapped in any great detail.”

Mayer has been working on the engineering challenge of compressing and transmitting the data from the drone back home. “How do you collect data autonomously, how do you compress it, what are appropriate parts of the data to use?” Mayer says. “We don’t think we can transmit all of it in real time.” While operating in deep water beyond the US coastline, the sensors will collect a gigabyte of information per day. But once they add in the genetic information about organisms floating in the surface waters, that data pipeline will start gushing at a gigabyte a minute. “The bottleneck is in the satellite connection,” Mayer says.

That’s where data compression comes into play, and the ability to store data onboard the ship until the link is available. In the future, Mayer and Jenkins expect the Saildrone will begin to make more decisions on its own about which areas to map and explore. For now, the routes will be chosen by a team of pilots back onshore working around the clock to make sure there are no problems. (A team of operators rotate shifts.)

So far, Saildrone engineers and designers have shown they can collect oceanographic information on the smaller 22-foot platforms. That bodes well for the larger Saildrone Surveyor, according to James Bellingham, director of the Center for Marine Robotics at the Woods Hole Oceanographic Institution. “They have demonstrated they can go to sea with these systems and keep them for extended times for long distances,” says Bellingham. “At the same time, they can also produce high quality data. In the science world, that’s what we care about. If you can go there but not bring back data, who cares?”

Bellingham says the larger Saildrone will have to consider anti-collision measures at sea as well, since it’s larger size means it’s a bigger target. Saildrone CEO Jenkins says they’ve prepared for that potential issue. Although none of the previous Saildrones have had an accident at sea, the new Surveyor has transponders, radar and a 50-foot tall mast with a high-definition camera on top, about the same height as the bridge of a cargo ship. This gives its operator the ability to scan the horizon from afar. “The Surveyor has significant capability to detect other vessels,” Jenkins says. “On this vehicle, there is always a human in the loop.” 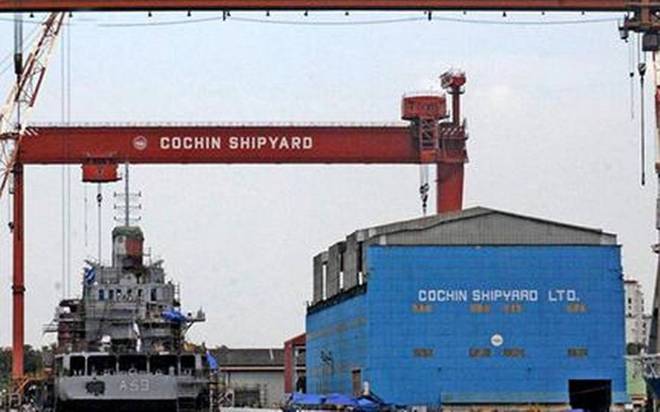 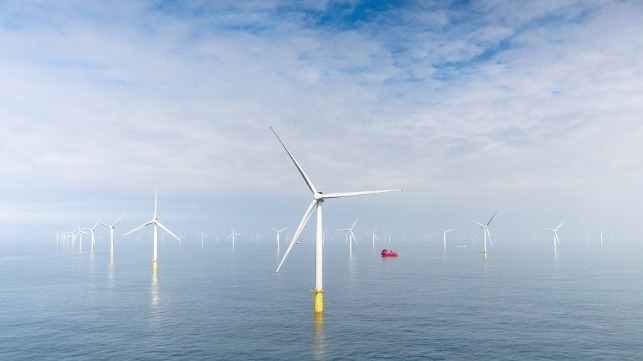 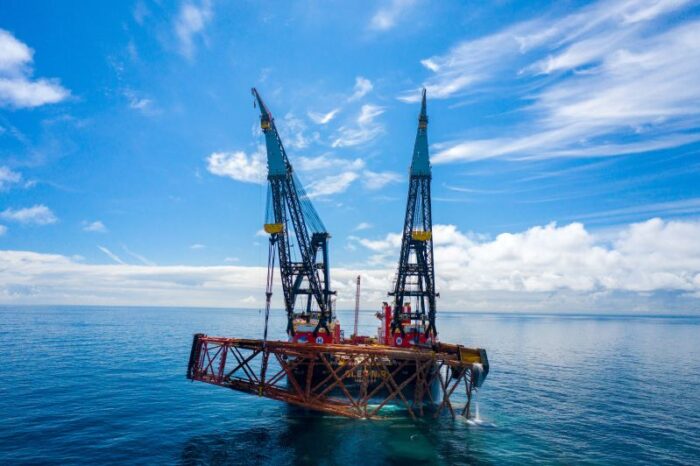 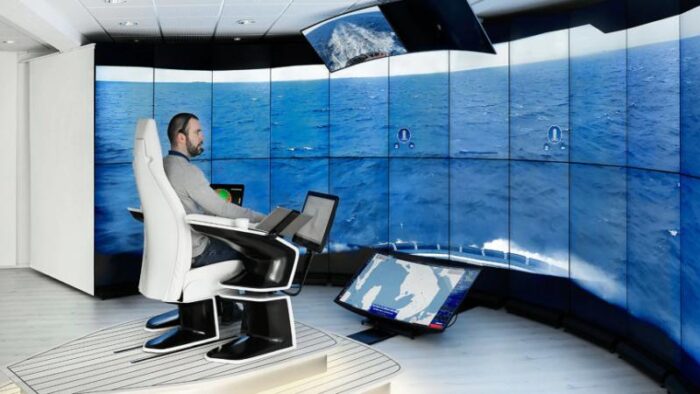 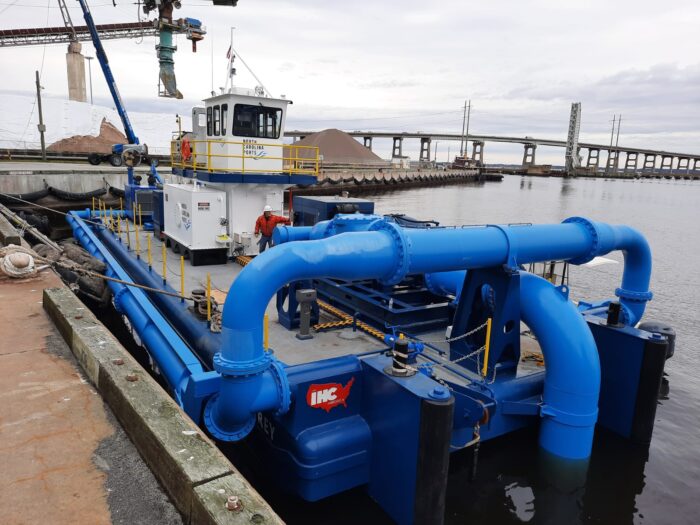