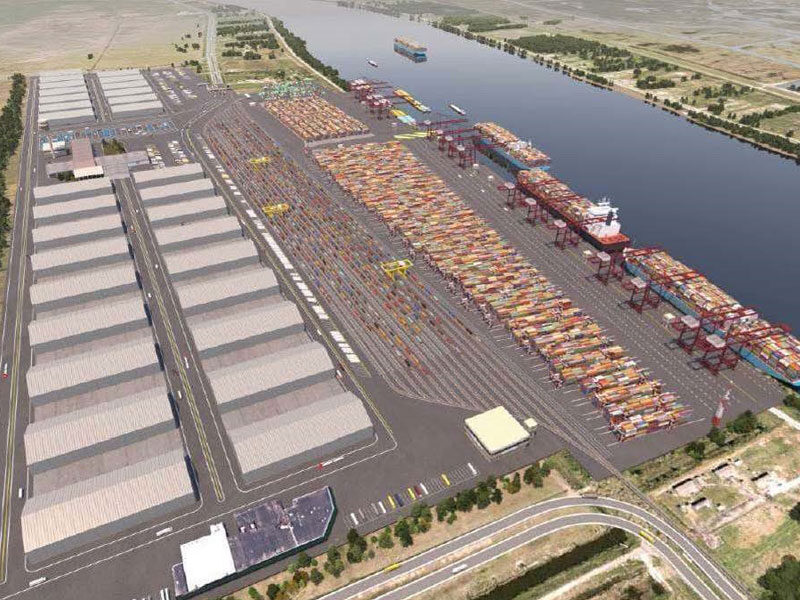 In May, the Port of Plaquemines (located South of New Orleans) and APM Terminals (APMT) announced a plan to locate and build a state-of-the-art container terminal that can handle the largest container ships.

The development could pose a challenge to the Port of New Orleans.

The Plaquemines Port Executive Director Sandy Sanders asserts the APM terminal’s potential: “This will be the Gateway Port on the Gulf Coast capable of taking full advantage of the distribution network on the Mississippi and tributary rivers.”

A Port spokesman explained further: “The Port of Plaquemines does not see itself in competition with the Port of New Orleans. Our plans are to bring new container cargo to the State of Louisiana … and benefits to the global supply chain by providing an alternative, sustainable and reliable route for customers.”

The full build-up for the container port is projected at $1 billion, according to a Port official.

The proposed terminal could accelerate shifting containers off of highways and on to barges including the deployment of a 2,375 TEU container river carrier proposed by American Patriot Holdings. This concept, called the Marine Highway, has been a long-term goal of officials at the U.S. Maritime Administration (MARAD).

According to an APMT press release “The agreement represents a formal discussion phase whereby both parties will conduct multiple studies prior to making a final investment decision. The proposed, environmentally-friendly, state-of-the-art container terminal, will be powered by a combination of LNG and electricity. It will encompass up to 1,000 acres and 8,200 feet of Mississippi River frontage. Special focus will be on utilizing modern infrastructure technology for withstanding storm surge and wind damage. Phase One of construction is expected to last two years and will deliver the capability to handle 22,000-TEU class vessels with the ability to expand capacity if needed.”

The Port’s executive director, Sandy Sanders, added: “Partnering with APM Terminals to work together on this project is a huge win for the State of Louisiana. Along with our partners American Patriot Holdings and Louisiana 23 Development Company, Plaquemines Port has engineered a logistics business model to attract private investment dollars and new cargo to Louisiana.”

In an interview with AJOT, Paul Matthews, the Port’s deputy director, explained: “We are in a 120-day due diligence period to explore market and financing issues for the proposed container terminal that will be run at the Port by APMT … Therefore, we cannot provide a definitive date for announcement of an agreement.”

He did point out that the proposed terminal will be able to handle the largest container ships.

”The proposal calls for a terminal capacity equal to three 22,000 TEU vessels operating at the proposed terminal but as the Panama Canal can only handle 14,000 TEU vessels this effectively defines the size of vessels the terminal will be handling at this time.”

In a press release the Port suggests that the new terminal could expand the use of container on barge services between inland river ports along the Mississippi and the proposed Plaquemines APM Terminal.

The Port’s release goes on to discuss a Letter of Intent with American Patriot Holdings (APH) to promote moving containers by water on a designed, but not built, 2,375 TEU container river carrier that APH would operate to and from the APM Terminal.

“Once the terminal is operational, U.S. Midwest shippers will be able to containerize and export many agricultural products, refrigerated cargo and chemical resins thanks to American Patriot Holdings (APH), one of the companies who signed the LOI. APH’s innovative 2,375-TEU liner vessel will provide Mississippi River transport as far north as Saint Louis, reaching upriver speeds of 13 mph. APH’s hybrid vessels, with a 1,700-TEU capacity, will provide transport service in tributary rivers. The patented no-wake bow and exoskeleton structure, along with LNG propulsion, will reduce shipper transportation costs and improve reliability as they could potentially service inland container centers in around St. Louis, Jefferson City, Little Rock, Memphis, Joliet, Kansas City, Cairo, and Western Arkansas.”

Matthews told AJOT: “The APH vessel design has received American Bureau of Shipping API (Approval In Principle) and has been model basin tested and has met or exceeded all design criteria. The container layout is a proven design used in container vessels all over the world. This design is patented in the U.S. , EU , UK and China … the inland transportation of containers by vessel is common in Europe as well as China.”

Matthews said that the exclusivity agreement that the Port has signed with APH would not preclude other tug and barge operators operating at the proposed APM Terminal.

“Barge and Tug Companies already operate with the Plaquemines Port jurisdiction. Exclusivity agreement between Plaquemines Port and APH allows us to work together and create value in the supply chain. We have created a new transportation alternative utilizing a new purpose-built container on vessel (COV). Coupled with a regional gateway specialized offloading and loading terminal capable of optimizing efficiencies with a green footprint. The vessel will require LNG fuel during cargo operations, again another unique requirement necessary in adding value. Collectively, these built-in efficiencies, and state-of-the-art equipment must operate seamlessly to achieve the best cost savings to shippers. The Port has an exclusivity agreement with APH to develop its services to ports such as at St Louis and Memphis. However, the APMT terminal, if it is built, will be a common carrier terminal. This means the terminal will allow all tug and barge operators to utilize the terminal.”

Matthews said the main road connection to the APM Terminal will be Louisiana # 23 which will not be vulnerable to flooding.

“LA # 23 is an upgraded state highway which serves as a primary emergency evacuation route during major storms. As a result, it has remained open and not limited traffic during those events over the past few hurricane seasons. The road’s integrity is maintained based on the drainage infrastructure as with all major roads and highways.”

Matthews added that there will be a rail line extension to link the proposed terminal to Class I railroads such as the Union Pacific and Burlington Northern Santa Fe.

The Plaquemines Port Harbor and Terminal District, political subdivision of the State of Louisiana, is the 13th largest tonnage port in the U.S. and encompasses the first 80 miles of the Mississippi River from the Gulf.

Matthews said the Port is a landlord port that began operations in 1954. Its current terminals handle products such as soybeans, petroleum products and coal. Annual tonnages at the Port have been as follows (In Millions): 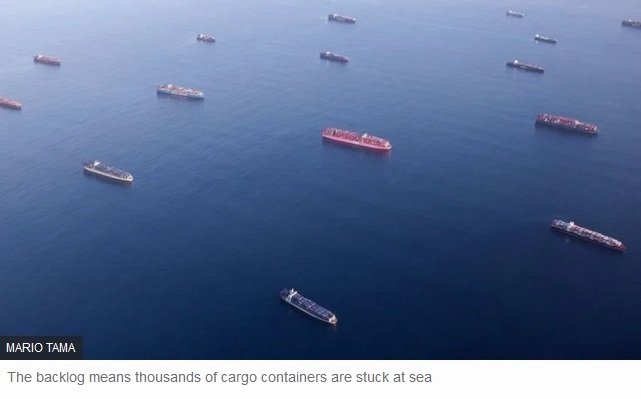 Some 65 cargo ships have been forced to queue outside two of America’s biggest ports, in the latest sign of supply chain disruption hitting the US. The ships are stuck outside the ports of Los Angeles and Long Beach, California, which handle 40% of all cargo containers entering the country. Before Covid, it was unusual… Read More 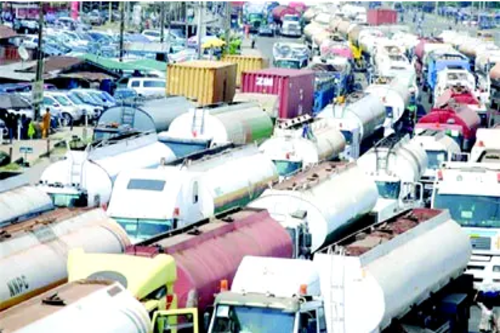 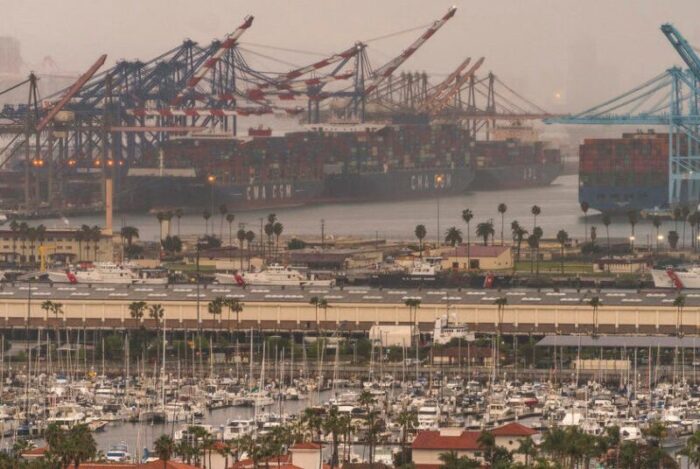 A backlog of cargo ships waiting to get into the ports of Los Angeles and Long Beach are helping drive up the cost of goods and services during the pandemic. A record 70 cargo ships — carrying everything from furniture and electronics to toys — are facing delays at the ports, which handle 40% of… Read More 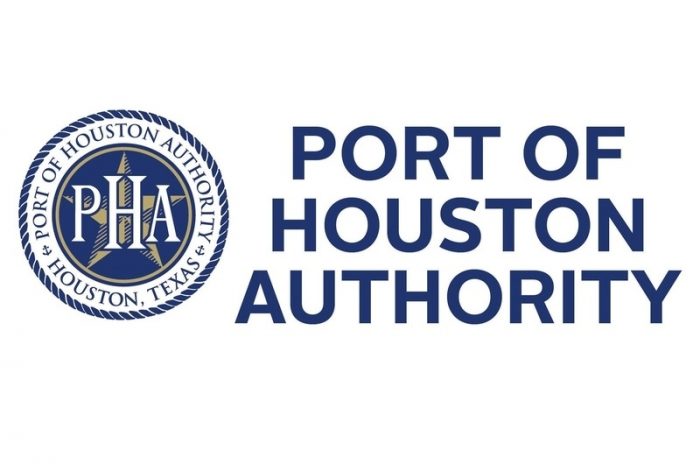 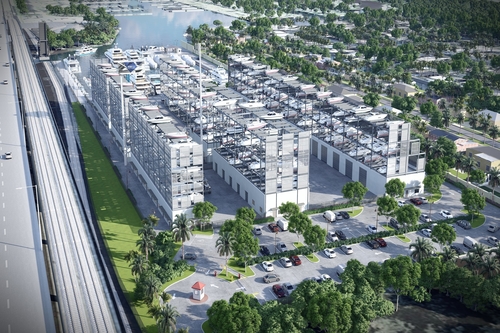 FORT LAUDERDALE, Fla., Sept. 21, 2021 /PRNewswire/ — PORT 32 Marinas, LLC (“PORT 32”), a leading owner, operator, developer and acquirer of Class A coastal marinas, today announced that it has broken ground on the upland phase of its marina development project, PORT 32 Fort Lauderdale, located just west of I-95 on the north side of… Read More