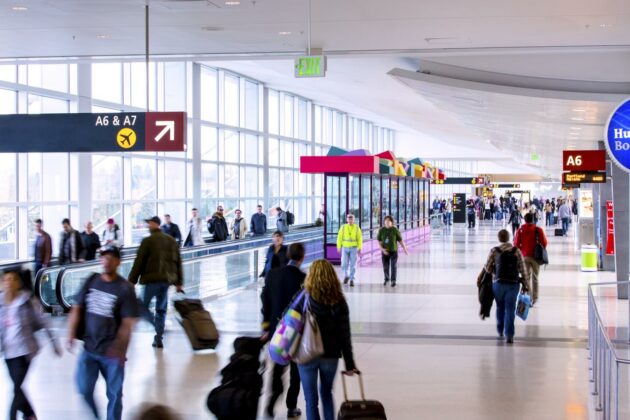 The Port of Seattle Commission voted Tuesday to ban the use of biometric technology for surveillance and security purposes by government and law enforcement on all its properties, which include the downtown port and Seattle-Tacoma International Airport.

The carefully worded ban, which keeps the port aligned with federal mandates, does not include voluntary facial recognition systems such as CLEAR which allows Sea-Tac passengers expedited transit through airport security by the use of biometric scans. CLEAR is a private, paid service primarily used in airports and stadiums.

The Port of Seattle is the first port authority nationally to restrict the use of biometric technology for surveillance.

In a statement following the vote, Commissioner Sam Cho said other ports nationally should follow suit.

“No one at a Port facility should fear that the Port or a private-sector tenant is secretly capturing their biometrics or tracking them with biometric technology,” said Commissioner Sam Cho. “Ports can and should take an active role in limiting and shaping the use of facial recognition technology.

“We hope that other port authorities and governments will consider adopting the Port of Seattle model.”

A little more than one year ago, the Port of Seattle took over a federally mandated facial recognition screening program for passengers departing on international flights from Sea-Tac airport. At the time, Port officials said that despite their resistance to the technology, they chose to manage it in order to prevent the federal government from doing so.

The vote on Tuesday tightens both the public and private use of biometrics tech in areas controlled by the port authority by:

The port is following a national trend that finds both private and public sectors pushing back on the rapid spread of facial recognition technology. Amazon and Microsoft recently renewed their bans on sales of such technology to domestic law enforcement. Oakland and San Francisco have banned its use by government and law enforcement. New York is considering it.

Portland also has banned government-funded facial recognition. Seattle has considered such a ban.