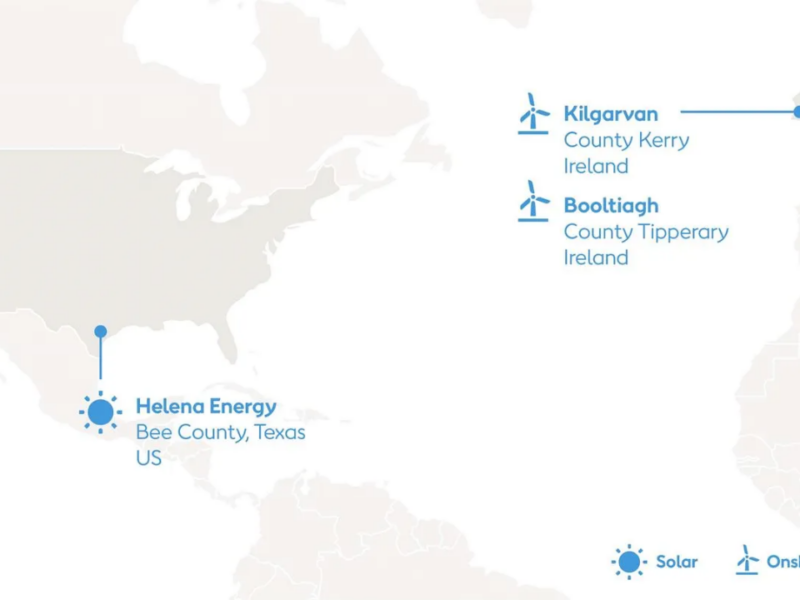 Johnson & Johnson and Ørsted have signed two power purchase agreements (PPAs). Johnson & Johnson will purchase energy from Sparta Solar in Texas, US, and from the two onshore wind farms Kilgarvan and Booltiagh 1 in Ireland.

Johnson & Johnson has signed two PPAs with Ørsted to offtake power from Sparta Solar in Texas in the US and Kilgarvan Wind Farm in County Kerry and Booltiagh Wind Farm 1 in County Clare, which are based in southern and western Ireland, respectively.

The PPA with Sparta Solar includes a contract capacity of 55 MW from the 250 MW Sparta Solar project in southern Texas. Sparta Solar is part of Helena Energy Center, a 518 MW hybrid wind and solar project on which Ørsted announced final investment decision earlier in 2021 and which is the largest Ørsted Onshore project to date.

The PPA with Kilgarvan and Booltiagh Wind Farm 1 is an eight-year commercial agreement which will result in 100 % of Johnson & Johnson’s energy requirements across its four manufacturing sites in Ireland being covered by onshore wind energy. Over the lifetime of this PPA, Ørsted will generate more than 1,000 GWh of renewable energy under the agreement with Johnson & Johnson.

“I’m pleased that we’re teaming up with Johnson & Johnson to assist them with their ambitious goals for their global operations, which include sourcing 100 % of their electricity from renewable sources by 2025. It’s excellent that we’re able to match their power needs in both the US and Irish market with flexible and custom-built solutions,” says Melissa Peterson, Vice President of Onshore in Ørsted, and she continues: “There’s an increasing focus on decarbonisation going on in the medical industry at the moment, and these agreements are examples of how we can contribute to supporting the industry’s growing needs.”

Ørsted Onshore has an ambition to reach 17.5 GW in 2030 and aims to deliver approximately 1.5 GW of additional capacity annually whilst growing the portfolio towards a 50:50 wind and solar PV capacity mix.

About Ørsted
The Ørsted vision is a world that runs entirely on green energy. Ørsted develops, constructs, and operates offshore and onshore wind farms, solar farms, energy storage facilities, and bioenergy plants, and provides energy products to its customers. Ørsted ranks as the world’s most sustainable energy company in Corporate Knights’ 2021 index of the Global 100 most sustainable corporations in the world and is recognised on the CDP Climate Change A List as a global leader on climate action. Headquartered in Denmark, Ørsted employs 6,672 people. Ørsted’s shares are listed on Nasdaq Copenhagen (Orsted). In 2020, the group’s revenue was DKK 52.6 billion (EUR 7.1 billion). Visit orsted.com or follow us on Facebook, LinkedIn, Instagram, and Twitter. 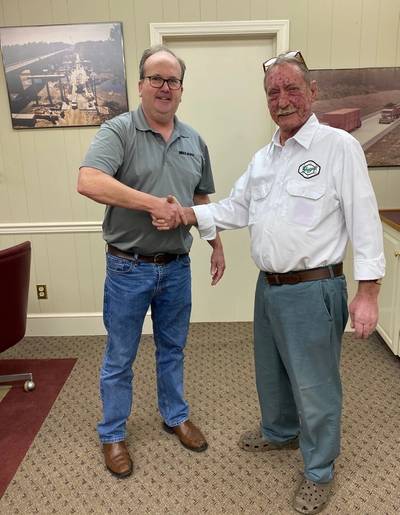 McLean Contracting Company, a Heavy Civil and Marine Contractor since 1903, announced as of December 30, 2021, McLean has acquired through an Asset Purchase, Shugart Manufacturing. Shugart is engaged in the business of designing and manufacturing sectional barges, barge propulsion units and accessories, screeds, barge ramps, bridge steel, concrete forms, and other miscellaneous equipment and… Read More 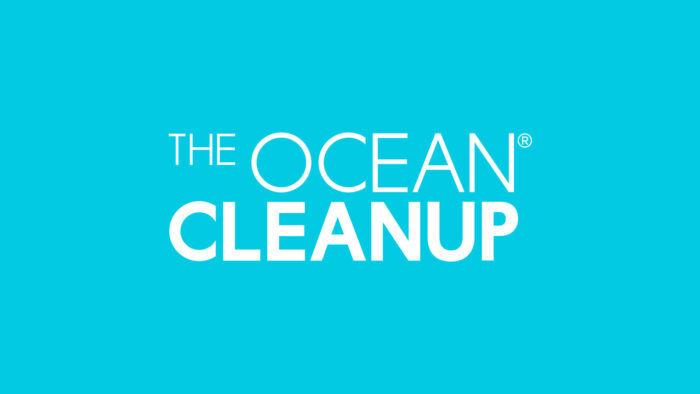 Coca-Cola Vietnam and The Ocean Cleanup today announced that the Can Tho river in Can Tho City has been selected as one of 15 river locations around the world as part of a global partnership between the two organizations to use advanced technology to help stem the tide of plastic pollution entering oceans, by first… Read More 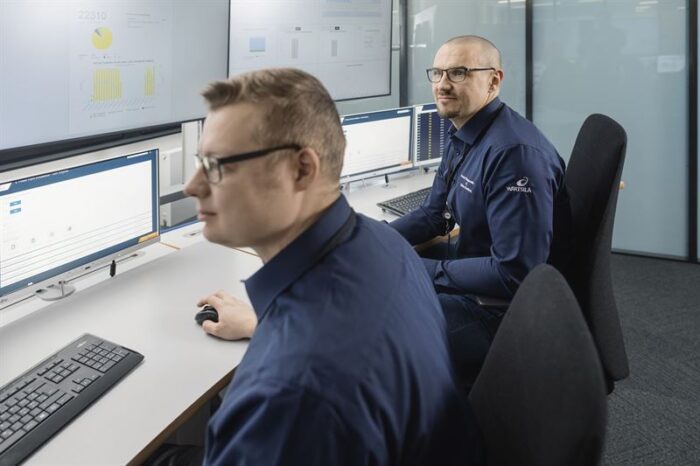 The technology group Wärtsilä has signed a long-term Optimised Maintenance Agreement with Singapore based NYK Shipmanagement. The 13-year contract is designed to ensure maximum uptime and equipment reliability, with assured maintenance costs, for an LNG carrier vessel featuring three Wärtsilä 50DF dual-fuel engines. The agreement was signed in November 2021. The agreement covers maintenance and… Read More 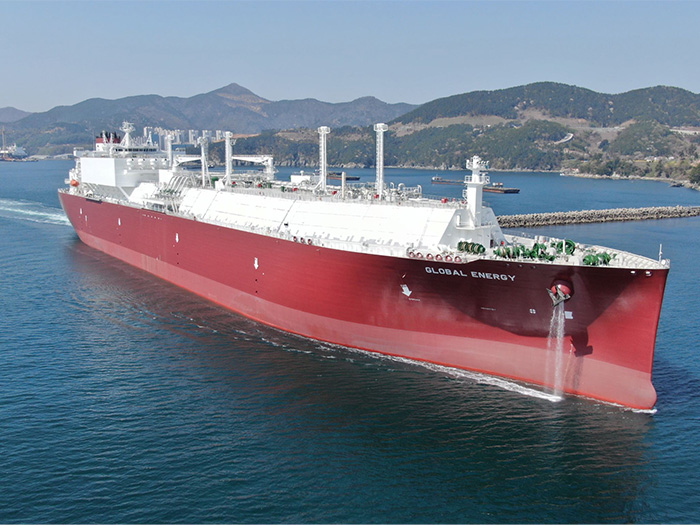 Skoonbox from Skoon Energy is the first step towards Damen’s sustainable battery network for mobile and temporary applications Damen Shipyards Group has taken over the Skoonbox from Skoon Energy. The world’s first maritime-certified, multi-purpose battery container will be used to deliver renewable power at our own yards for applications where diesel generators or ships’ engines… Read More