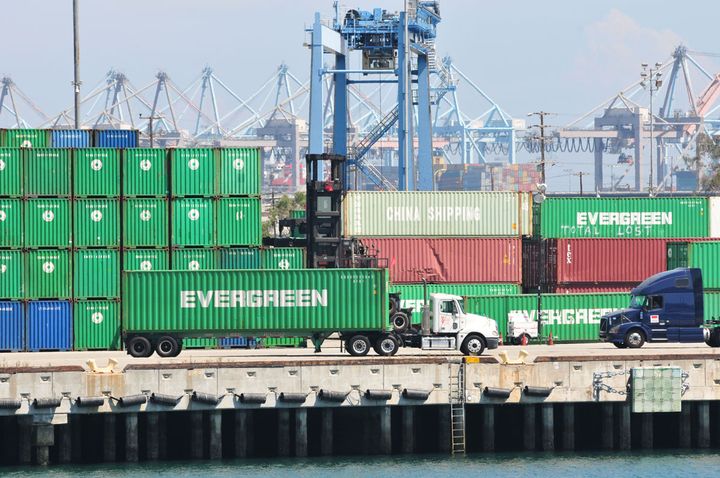 The Port of Long Beach is one of the ports where the Federal Maritime Commission is looking into problems with delays. Photo: Jim Park

Imports at the nation’s largest retail container ports are expected to grow dramatically during the first half of 2021, which is likely to exacerbate ongoing problems with congestion and turnaround times.

Container imports are expected to increase, as more people get vaccinated against COVID-19 and turn to more in-store shopping, according to the monthly Global Port Tracker report released March 8 by the National Retail Federation and Hackett Associates.

U.S. ports covered by Global Port Tracker handled 2.06 million Twenty-Foot Equivalent Units in January. With a 13% year-over-year increase, it was the busiest January since NRF began tracking imports in 2002 and the first time the month has ever topped the 2 million TEU mark. (A TEU is one 20-foot container or its equivalent.)

This means trucking companies operating in busy cargo ports will likely only see conditions worsen with congestion and delays.

In a survey earlier this year of local, regional and national trucking organizations, the Harbor Trucking Association found that that costs and disruption arising from detention and demurrage (D&D) are threatening the nation’s intermodal carriers. More than half, 56%, reported critical negative effects on their business and 89% saying it has a highly negative effect.

And it’s not just the southern California ports that are seeing problems.

The Federal Maritime Commission is in the process of investigating problems at a number of the nation’s busiest ports. The investigation, announced last November, was prompted by the severe bottlenecks at a number of U.S. ocean ports. The commission is investigatin to see whether ocean lines’ detention, demurrage, and container policies are making the situation worse. Commissioner Rebecca Dye last month said she would issue “information demand orders” to ocean carriers and marine terminal operators to gather information to determine if legal obligations related to detention and demurrage practices are being met. The orders cover carriers and terminal operators at the Port of Los Angeles, the Port of Long Beach, and the Port of New York and New Jersey.