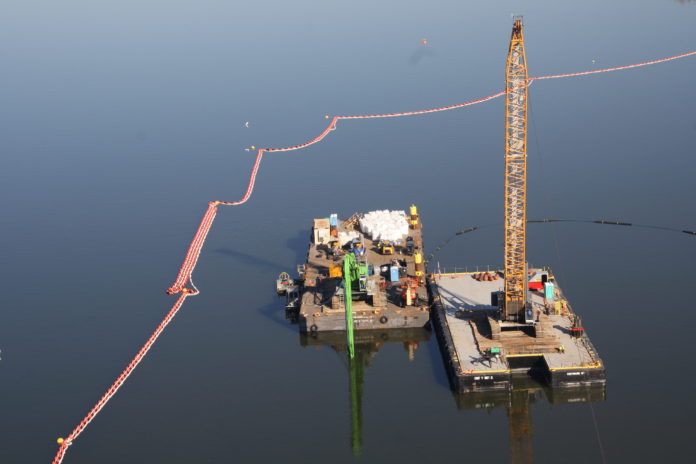 POUGHKEEPSIE – Almost one year after Central Hudson began a dredging project without the required New York State Department of Environmental Conservation plans in place, the project has returned to the Hudson River off Poughkeepsie.

The dredging project extends from Waryas Park to the northern end of the former Dutton Lumber Yard, now an apartment complex, north of the Walkway Over the Hudson.

The project was halted last year by DEC.  The state required a “Water Supply Protection Plan” to be in place before dredging could begin.  In the fall of last year, Central Hudson had moved the dredging barges into place just north of the Walkway and began work, but was then shut down by DEC for not having the protection plan in place.

The dredging, according to Central Hudson, is to remove a layer of coal tar that has settled on the bottom of the river.  The tar leached into the river several years ago from a manufactured gas plant that was situated near the bottom of Dutchess Avenue on the shore of the Hudson.