South Australia’s coastline will need to be engineered in the future if erosion continues at its current rate, a leading oceanologist says.

Speaking at The Advertiser and Flinders University Fearless Conversations forum on August 10, Dr Graziela Miot da Silva – a coastal geomorphologist, oceanographer and senior lecturer at Flinders University – said if South Australia’s beaches are to be maintained, they will need to be built up with sand pumping.

“Sand replenishment is an activity that I don’t see us moving away from any time soon,” Dr Miot da Silva said.

“We are going to continue to need to put sand on the beach to maintain our sandy coast and if you didn’t do that we wouldn’t have a sandy coast here in Adelaide.”

In February, the former Liberal government announced approval to build a $38.9 million sand pipeline which would replenish West Beach using “recycled” sand from beaches in the northern suburbs and send it down a 10km pipeline starting at Semaphore South.

However in April, the newly elected Labor government abolished plans for the pipeline and vowed to explore alternative options, citing local concerns as a key motivation to scrap the project. Dr Miot da Silva pointed to the successful sand replenishment done on beaches in the Netherlands, which she said was the world leader in the field.

“They have to maintain hundreds of kilometres of coastline,” she said.

“Most of the country is going through erosion, they are below sea level so they’ve built dams and the way they deal with their coastal erosion is via sand nourishment or sand replenishment. They put in millions of cubic metres of sand every year to keep their beaches and their dunes.”

But she said relying on sand pumping would not be sustainable given South Australia’s sea levels – which are rising at a faster rate than anywhere globally at around 4.5mm per year – and the increasing risk of flooding. 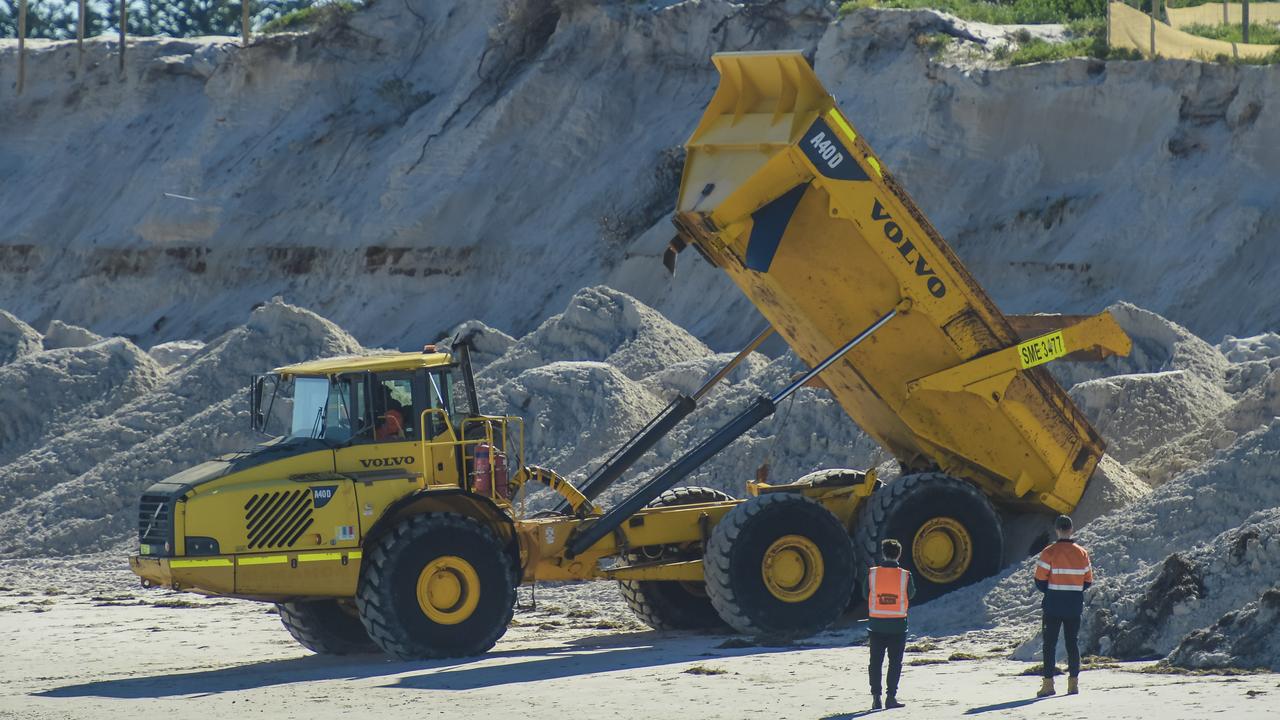 “In the future sand nourishment alone will not be viable and you might have to look into other alternatives such as sea walls,” she said.

She said research was being done to explore “nature-based” solutions for the state’s erosion problem, including the restoration of kelp and mangrove environments, as well as man-made.

“These ‘hard’ engineering structures tend to just transfer the problem downstream,” she said.

Dr Miot da Silva said the solutions would need to be a combination of natural and engineered solutions.

“It’s a big issue and I think it’s going to continue,” she said. “And we are going to have to deal with it.”

FROM ‘SURVIVAL’ TO ‘SUSTAINABILITY’

Winemakers will have to change their mindset when it comes to climate change and sustainable practices, the owner of an adventurous McLaren Vale wine label says.

Speaking at The Advertiser and Flinders University Fearless Conversations forum on August 10, Malcolm Leask, who owns wine label Hither and Yon with brother Richard, says his company has moved from a “survival” approach to a “sustainability” approach.

“It all actually starts with mindset,” Mr Leask said.

“You have to sit down and acknowledge the things you’ve done right in the past and wrong in the past and perhaps the mindset around being organic and emergent for us now is a lot stronger than what was maybe more around sort of survival and sort of rapid growth.

“You have to acknowledge the things you weren’t necessarily doing right and now is the time to start moving towards that.” Mr Leask said water was the most important resource in a vineyard’s ecosystem and that tapping into renewables was a key focus for Hither and Yon, which is a certified carbon-neutral label.

“For us it’s probably around moving from an almost industrial, chemical mindset with yield and productivity as the main equation for us to more of a quality and next generational thinking around what we’re doing,” he said.

“We were producing products for the market, now we’re growing things as healthily as possible, we’re trying to give back to the environment, to our community and be healthier around everything that we do.”

He said the focus should not be on growing as many products but embracing biodiversity and natural resources.

“If I look at our business and the creativity and the health and the innovation that we have, particularly among our people and our communities … we’re in a good place there and if you are that will naturally flow through to product and business.”

WE MUST CONFRONT THE RISING TIDE

At The Advertiser and Flinders University Fearless Conversations forum, Dr Graziela Miot da Silva, a senior lecturer at Flinders’ College of Science and Engineering says South Australia’s sea levels are rising at around 4.5mm per year

“We are going to face serious threats, and we already are, as we move forward with sea level rises and thing will bring problems not only with coastal erosion, we are going to have to continue to invest in coastal protection, protection of infrastructure,” Dr Miot da Silva said. Dr Miot da Silva said that based on current trends, South Australia’s sea levels were expected to rise by as much as 50cm by around 2050.

“That means that Adelaide will more than double its risk for flooding so events that are today one-in-100-year flooding events, now they’re going to happen every year.”

She said predictions from the Goyder Institute, an organisation that brings together South Australian water research bodies, show that the state will experience warmer temperatures and less rainfall.

“In a high emissions scenario we are going to continue to see hotter and drier days,” she said.

“More bushfires, especially in spring, will affect crops and our energy use.

“We expect that bushfires, together with drier climates, windier climates will see more of that kind of change on the coast as well, more arid, more deserts and changing landscapes and habitats.”

Dr Miot da Silva said more investment will be needed to protect infrastructure such as pipelines and housing from salinisation due to the increased sea levels.

“There definitely has to be more investment in research in that area,” she said.

“We need more education as well, we need to train the new generation of researchers and professionals in sciences and environmental sciences to help us tackle these issues.”

Peter Nattrass, manager of Future Industries at the Energy and Mining Department, said councils around the world were exploring “planned retreats” where houses were being built further from the ocean to allow sand dunes on beaches to rebuild.

He said the insurance industry in particular was assessing the risk of covering homes closer to the ocean.

“The insurance industry isn’t ignoring this issue,” he said.

“They put their science hat on and they look at their risks and they cost it … and then they work out what risk they’ll take and what risk is someone else’s.”

Not only was the Flagler Beach pier heavily damaged by Hurricane Ian, but almost all of the dunes on Flagler County’s coastline are gone and all of the beach walkovers were damaged, Flagler Beach City Manager William Whitson said. “The question becomes how expensive is the damage,” Whitson said on Monday, Oct. 3. A coastal engineering… Read More

It might be Baton Rouge’s most popular recreational feature, but lately, the look—and smell—of the LSU lakes suggests its long-awaited improvements are coming not a minute too soon. By late summer, algae blooms had spread over most of the surface of City Park Lake, the six-lake system’s second largest body of water. In University Lake,… Read More

SW La. to get $46M for coastal hurricane protection

Southwest Louisiana will receive an additional $46 million for coastal hurricane protection through the bipartisan Infrastructure Investment and Jobs Act co-authored by U.S. Sen. Bill Cassidy. The funding will elevate about 200 structures in Calcasieu, Cameron and Vermillion parishes to the 100-year flood plain. Cassidy, who initially received criticism from fellow Republicans for supporting the… Read More

During the Coastal Studies Institute’s first Science on the Sound lecture series since the COVID-19 pandemic, CSI Executive Director Dr. Reide Corbett told those gathered that while beach nourishment is both a short-term and expensive solution to significant and worsening erosion issues, it remains an effective response to the problem. The Sept. 29 presentation, at… Read More