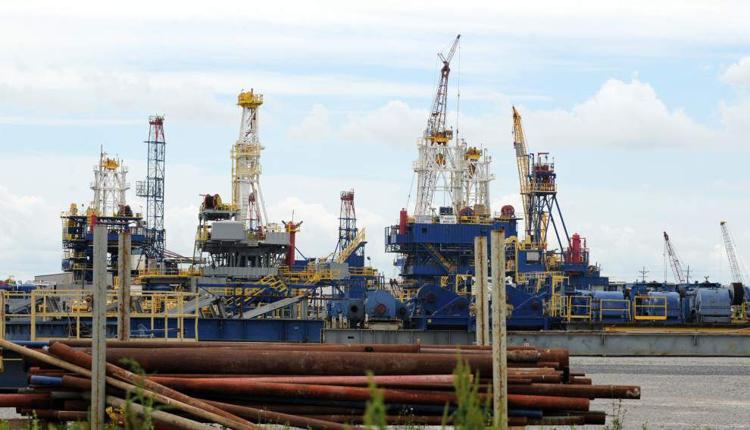 Drilling rigs are stacked at the Port of Iberia in 2016. ADVOCATE STAFF FILE PHOTO

In the wake of Hurricane Katrina 15 years ago, Louisiana’s political and civic leaders admitted what science and facts on the ground had been shouting for decades: If the state was to have a sustainable future, it urgently needed to embark on a holistic effort to address our sinking, crumbling, drowning coastal zone. So they enthusiastically supported creating the Coastal Protection and Restoration Authority to develop such a plan.

Now, with climate change advancing faster than predicted, those same leaders urgently need to create a new agency to develop another plan essential to our coastal future. Call it the Coastal Economic Survival Authority.

Its plan would address the biggest reason many Louisianans and others around the nation are still fighting climate action: a very real fear of financial ruin. It would provide solutions for the economic and social toll taking place in oil communities as the world shifts to renewable fuels to help prevent climate disaster. By helping its workforce transition, Louisiana can also help reduce the emissions causing sea level rise that could undo its coastal master plan.

But we have a limited window of time to act.

For while Louisiana leaders are wasting time ignoring the future and accusing President Joe Biden of declaring “war on oil and Louisiana,” other petro-states are accepting reality and moving to develop new industries that can employ laid-off energy workers.

Colorado, for example, has opened an Office of Just Transition that developed a plan to find employment for workers losing their jobs to climate demands. Its title is one Louisiana should embrace. It recognizes justice not only demands moving away from fossil fuels but also helping workers displaced by an emergency that society helped create.

Wade Buchanan, leading Colorado’s office, said it best in a report from CNBC: “They powered our prosperity and they are quite proud of what they’ve done, and should be, and now they are being told for the good of humanity they need to stop. That’s a hard message to take, even if you understand and believe in it, and if you don’t, it becomes even harder.”

Indeed, Biden seems to care more about oil workers losing their jobs than the oil industry ever did, when it laid off thousands of workers every time the price-per-barrel dropped. His plan includes federal assistance to fund industry development in areas hit by the changes; last week alone, he announced $100 million in grants to that purpose.

There likely will always be some employment offshore because green-energy experts know we’ll need standby oil- and gas-powered generators during periods of adverse weather. Indeed, last week almost half of Texas’ massive wind turbine fields were stopped by ice while the output of some solar panels around the nation were blocked by a blanket of clouds or snow. Yet even the oil industry says its current contraction will continue, so forward-looking states like Colorado, New Mexico and West Virginia are already reaching out for help to plan that future. Meanwhile, Louisiana leaders spend their time crying about a future they can’t prevent.

The good news for Louisiana is few states are better positioned to fill that void. Reports by the Bureau of Ocean Energy Management last year showed the wind energy in the shallow waters of the Gulf of Mexico could produce half the nation’s electricity needs, and that Louisiana was positioned to develop that potential due to its existing industrial base constructing and maintaining offshore oil and gas structures. But we’ll have competition from Texas, as well as other coastal states.

And energy isn’t our only advantage in the emerging climate-change economy. The expertise, skills and engineering we’ve developed with the coastal master plan have been the engine driving a new climate adaptation industry that we are already exporting to the nation and the world. That customer base will only increase as sea levels rise. We can begin training that workforce as well.

It’s clear salvation for Louisiana oil industry workers doesn’t rest in the hands of the politicians and companies fighting a change they can’t stop. It rests in the recognition by leaders moving quickly to accept the future and retrain our workforce — or we’ll be left behind.

Bob Marshall, a Pulitzer Prize-winning Louisiana environmental journalist, can be reached at bmarshallenviro@gmail.com, and followed on Twitter @BMarshallEnviro.