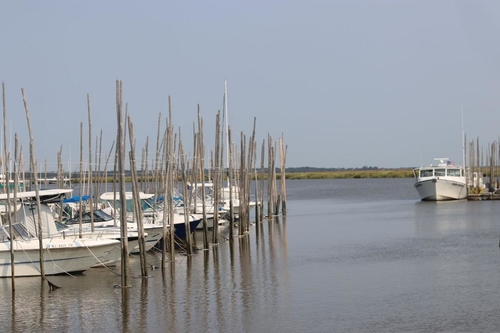 Boats line up at Anchor Marina on the Maurice River. There are fewer marinas on the river now than a decade ago. Locals hope a plan to dredge the mouth of the river will improve the local economy, and the fishing on the river and in the Delaware Bay.

MAURICE RIVER TOWNSHIP — On a sunny Sunday morning at Anchor Marina on the Maurice River, Bob Myers Jr. sits in the shade of a small white building, overlooking a line of boat slips.

The marina is on a bend near the mouth of the river, just out of sight from the Delaware Bay, on a slip of land called Matt’s Landing. Myers grew up in Heislerville, a community of a couple of hundred families nestled close to the marsh between the river and the Delaware Bay.

Myers, 41, said he will welcome a plan for the Army Corps of Engineers to dredge the mouth of the river, to clear the silted channel for recreational and commercial fishing boats and other traffic.

“On a blow-out tide, they’ve got about 2 to 3 feet of water. If they could dredge it out for a few more feet that would be good,” he said.

In a recent interview, U.S. Rep. Jeff Van Drew cited the Maurice River project as an area where federal spending will have a local impact. He said the project will be an important improvement to the economy in the riverside communities.

Ed Voigt, a spokesman for the Philadelphia District of the Army Corps of Engineers, said there is about $4 million for maintenance dredging on the river in President Joe Biden’s budget proposal, but that has not yet been approved by Congress.

He expects the funding to remain intact when there is a final vote.

That does not mean the work will start immediately.

He expects the Army Corps to approve a contract by late 2022.

As planned, the project will create a channel 7 feet deep and 150 feet wide across Maurice Cove to the river’s mouth, then a 100-foot-wide channel of the same depth to the fixed bridge upriver at Millville, a distance of about 24 miles.

Some of the material dredged from the channel will be used to restore wetlands and fend off erosion, according to a description posted by the Army Corps.

The work can’t come too soon for Ken Whildin, the mayor of Maurice River Township in Cumberland County. Heislerville is a section of the township, which spans more than 95 square miles between the river and the border of Cape May County, with Millville to the northwest.

Whildin said the mouth of the river is silted in.

“It needs dredging again. It’s been neglected for decades now,” he said.

“At low tide, they can’t get vessels up the river,” he said. “The river itself is deep enough, but you can’t get through the mouth.”

He described the river as an important economic engine, both for his community and for Commercial Township on the other bank of the river.

Further upriver, there is an extensive wild area, home to numerous osprey and bald eagles, with industry and marinas set closer to the bay.

“Our river is accountable for over $100 million a year in various industries,” he said. That includes commercial and recreational fishing, as well as boat building and repair. That’s a big deal in an area with few jobs outside of fishing and agriculture.

“The only real jobs we have is the prisons and the sand plants,” Whildin said. Both Southern State Correctional Facility and Bayside State Prison are located in the township.

Shipbuilding and canning used to be a major part of the local economy. Whildin sees potential in a new industry. He believes the riverside communities will benefit from the construction of wind farms off the New Jersey coast.

The Ocean Wind project is projected to be generating energy by 2035, with 99 turbines off the coast of Cape May and Atlantic counties. More projects are in the works, with the potential of wind turbines along much of the coast.

Some beach towns and shore property owners oppose the wind plan. Whildin sees great potential, with the boatyards of the Maurice River strategically placed between the wind port in Salem County and the turbines on the ocean.

Ships and crews could need repairs or a closer port, he said.

But that can’t happen unless the boats can access the river. Whildin said boats sometimes line up at the mouth of the river waiting for the tide to change.

Myers said he has never seen that. Even the commercial fishing vessel and sailboats have clearance in the channel at most low tides, he said.

Still, he agrees the work is overdue and will be good for the riverside communities. He said representatives of the Army Corps of Engineers came out to the marina to discuss their plans.

Myers’ father used to own the marina, before he sold it a few years ago. Myers said he’s worked at the marina and on boats in the river and the bay. He said the waterway has changed in the past decade, and believes the dredging project will help bring things back the way they were.

It’s been years since there was a major dredging project on the river, Myers said. During Superstorm Sandy in 2012, some of the earthworks and wetlands that protect against erosion washed away, with some of that material washing into the river.

A large marshy island in the middle of the river — Myers called it a meadow — is a fraction of its former size. The Army Corps project will not only deepen the mouth of the river, it will also restore the local ecosystem, he said, including work on restoring the meadows, which he said are an important part of the life cycle for fish and other wildlife.

Deeper waterways and restoring the wetlands will provide habitat for a variety of species and help bring back bait fish in the river, he said. That will not only draw larger fish into the river, it will allow it to fulfill its natural role as a nursery for the fish of the Delaware Bay.

Oysters could also make their homes on the muddy river banks, helping protect against future erosion, he said.

That’s good for the bay, he said, and for the area’s economy. For instance, many boaters like to fish for perch, but they have become very hard to find, so fewer boaters visit the river. He hopes the proposal will help increase the number of perch and other fish species, which will mean more work at the marina.

There are fewer boats docked at the marina now than there were before Sandy, he said, and other marinas have shut down entirely. There is one other marina in operation on Matt’s Landing.

“It will definitely benefit the area, and bring more sea life, more bait fish and more game species. We used to see a lot more kinds of species on the river,” he said. 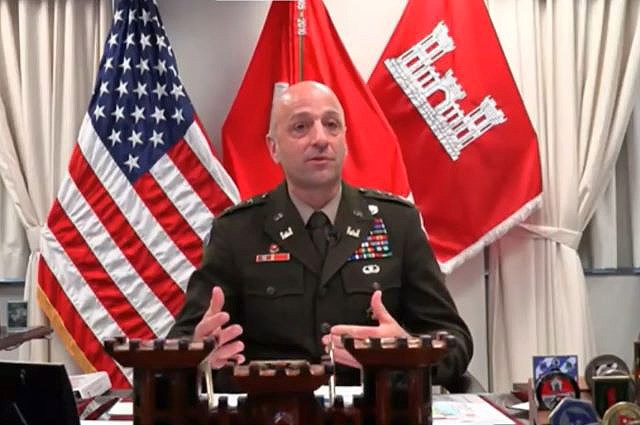 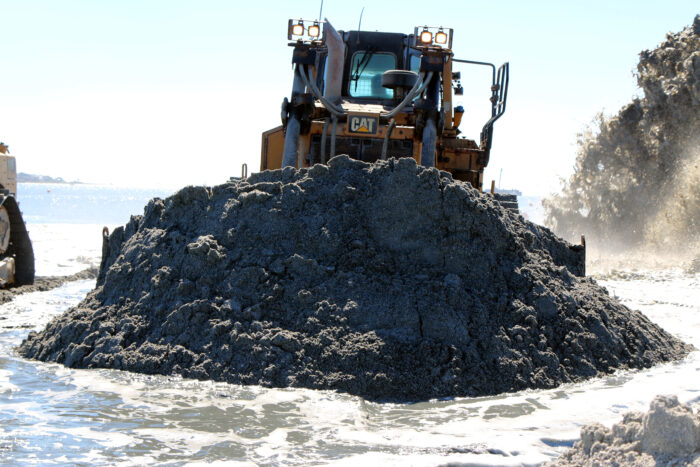 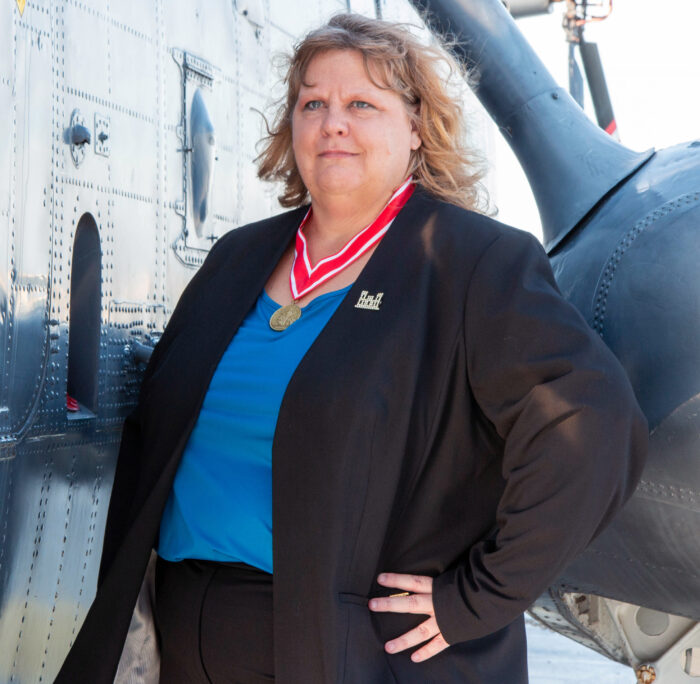