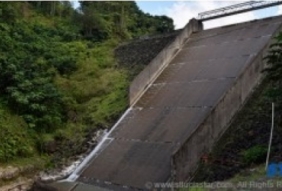 The 10.43% tariff that WASCO has added to the bills of customers since 2013 has expired. The period of the tariff, which many saw as an additional “tax”, came to an end on August 31, 2015. However, customers are still required to pay the tariff even though the National Water and Sewerage Commission (NWSC) has not approved a continuation of this fee. This has taken many by surprise and seems somewhat odd to customers who had complained about the additional tariff from the outset.

WASCO seeks permission to continue charging customers a fee towards dredging of the John Compton Dam. But for how long will this measure continue?

In a press statement this week the NWSC indicated that it is currently reviewing the request of the Water and Sewerage Company Inc. (WASCO) for an extension of the “Dredging Fee”. According to the statement, the 10.43% which formed part of the Final Tariff Determination Notice of 2013, expired on August 31, 2015. The Commission has agreed for the “Dredging Fee” to remain in effect pending a final decision.

According to WASCO the fee formed part of the 66.15% rate increase which was awarded to the company by a commission in 2013. The funds derived from that fee supposedly go toward the dredging of the John Compton Dam, an issue that has also been very contentious.

that any request for the continuation of the fee beyond the triennial period must be justified with documentary evidence. It says that it believes in continuous stakeholder engagement; to this end, a draft decision will be circulated for public comment.