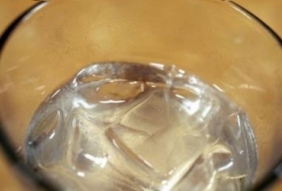 A U.S. court on Friday issued an order temporarily blocking the implementation of a federal water rule across the country, the latest in a series of legal setbacks for Obama administration environmental regulations.

The U.S. Court of Appeals for the 6th Circuit granted a nationwide stay against the so-called Waters of the United States (WOTUS) rule, which is intended to clarify which bodies of water are covered by the Clean Water Act. The rule was finalized by the Environmental Protection Agency and the U.S. Army Corps of Engineers in May but still faces political and legal opposition.

The appellate court said that the 18 states challenging the new standards were unlikely to face immediate irreparable harm from the rule, but there was also no evidence that the nation’s waters would suffer “imminent injury” if the regulation was put on hold.

“A stay allows for a more deliberate determination whether this exercise of executive power … is proper under the dictates of federal law,” the court said in its majority opinion.

The EPA said it respected the court’s decision to allow more consideration of the issues raised by the case.

A preliminary injunction had already been issued against the federal rule by the U.S. District Court in North Dakota in August. That order applied only to the 13 states involved in the lawsuit.

The WOTUS rule has faced intense opposition from Republicans in Congress, farmers and energy companies. Critics contend the rule vastly expands the federal government’s authority and could apply to ditches and small isolated bodies of water.

“This decision is a critical victory in our fight against this onerous federal overreach,” said West Virginia Attorney General Patrick Morrisey in a statement. West Virginia was one of the states involved in the 6th Circuit case.

Multiple lawsuits have been filed in both federal district and appellate courts since the final rule was issued, raising questions about the proper venue for these cases.

The 6th Circuit is still weighing whether it has authority to review these challenges or whether they must first be heard at the district court level.

In a dissenting opinion, circuit court Judge Damon Keith said the court should not issue a stay before deciding whether it had jurisdiction.