Townsville Port to Create New Landmass in Harbour with Dredge Spoil from $1.3B Expansion Project 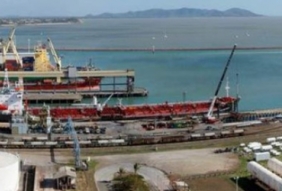 The Townsville Port will use dredge spoil from its $1.3 billion expansion project to create extra land that will extend into the harbour.

The port is close to finalising its renewed environmental impact statement (EIS) for the project after the Federal Government outlawed the practice of dumping dredge spoil into the ocean.

The document will also propose the use of dredging to widen, rather than deepen shipping channels, allowing for more cruise ships.

“It all will come into a reclamation area which is basically how we’ve developed the port over the last 150 years,” she said.