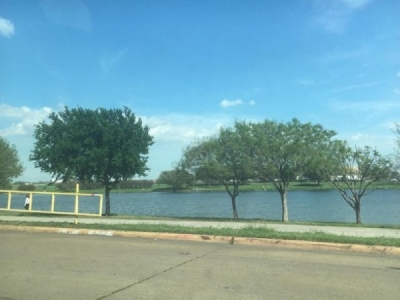 A task force of citizens and Dallas City Hall employees selected a $179M revitalization plan for Bachman Lake on Monday.

Even with the endorsement of the task force and the city’s Mobility Solutions, Infrastructure and Sustainability Committee, the plan still has to pass city council.

The proposal allows for the city to continue to develop amenities around the lake, including a skate park, aquatics center and planned improvements to the area’s recreation center.

The plan accepted unanimously by the task force keeps Bachman Lake as-is and maintains the lake’s size. It doesn’t add a drainage system or dam construction that would have shrunk the lake’s footprint — both options were pondered in other plans to alleviate drainage problems at Love Field, which sits at the foot of the lake.

Clinton Haley, founder of Skate Parks for Dallas, served on the task force as one of six constituents who partnered with City Hall representatives to weigh the pros and cons of each plan. Haley joined the task force eagerly, since his skate park vision for Bachman Lake remains a critical component of long-term plans for the area.

Haley said the endorsed plan ultimately fulfills the demands of the city and residents.

Haley said it was important to join the task force to ensure his own vision for Bachman Lake is not disrupted.

“We are going to have the first public concrete skate park there, so that was kind of my interest … seeing how we can best preserve the quality of life around there.”

The option selected was a relief to residents like Haley since a viability study offered two other proposed plans — both of which shrank the existing lake down to either a series of three smaller lakes or reduced it to a creek.

The option selected keeps the full body of water at Bachman and is the cheapest plan out of four total.

“Ultimately stars aligned, we are keeping what the community wanted and at the same time, saving the taxpayers dollars as well,” Haley said.

“We wanted to make sure the integrity of the lake was maintained,” Friends of Bachman Lake President Susanna Brown said. “We feel that there is great opportunity for it to become a connector for the communities around the lake and from the lake to other key trails in Dallas.”