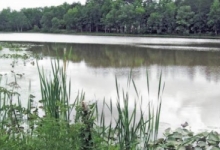 The city of Senoia has made a lot of progress over the last several years toward becoming self-sufficient with its water supply, and the Georgia Environmental Protection Division is currently taking comments on the city’s plan to begin pulling more water from Hutchinson Lake.

In addition to moving forward with the expansion, the city will also need to increase the rates water customers pay, to make up for the loss of roughly $120,000 after a major industry drastically cut its water usage.