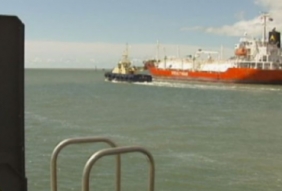 A bid to have Cairns and Mourilyan removed from the Queensland Government’s Sustainable Ports Bill has been rejected in State Parliament.

The bill passed through Parliament yesterday, after receiving bipartisan support and that of the independent Member for Cook, Billy Gordon, with Katter’s Australian Party (KAP) MPs voting against it.

The laws restrict the development of new ports in and adjoining the Great Barrier Reef World Heritage Area to within current port limits and outside marine parks.