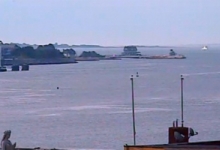 The plan looks at ways to handle more than 50-million cubic yards of material including silt and sand. This process will help allow ships to make their way through the waters.

The draft suggests dredging areas and moving it to Long Island Sound. Many environmentalists are against dredging, saying that the sediments can carry toxic chemicals like pesticides, lead, and mercury.

Congressman Joe Courtney says the proposed rule is a step in the right direction.

“A sustained effort to maintain federal waterways and access to Connecticut’s many ports and harbors is critical to our regional economy and the free flow of commerce through Long Island Sound.”

The is pushing for more public hearings since the draft is more than 1,000 pages long.

There will be two public hearings held in Connecticut on the dredging plan at the end of this month. The public is invited to attend either meeting below.