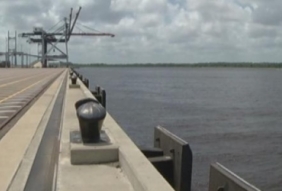 The proposal (SB 346), which will
be considered during the 2016 legislative session, would give counties
the authority to levy an additional sales tax of 0.5 percent or 1
percent for dredging related to “ecologically beneficial muck removal.”

The money could be used to restore water bodies such as tributaries and canals.