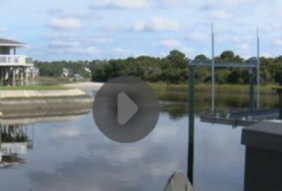 North Myrtle Beach continues to struggle with maintaining and paying for its canals. Having been filled with mud and for years residents have not been able to utilize those waterways. City leaders visited Ocean Isle in North Carolina on Friday to see how such a project could be successful.

The city of North Myrtle Beach is attempting to essentially re-create the canals Ocean Isle has in place. Officials said the canals in both cities are similar in size, so it shouldn’t be difficult. They just need to get the people on board.

“There’s no reason to reinvent the wheel,” said Mayor Marilyn Hatley of North Myrtle Beach. “Ocean Isle has been doing this for a long time.”