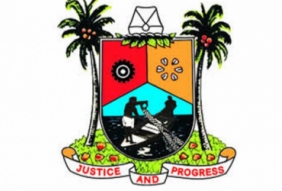 Lagos State Government has vowed to combat the menace of illegal street trading and hawking in the state as part of its effort to attain a cleaner and healthier environment. Also, the state government has directed the enforcement arm of the Ministry of the Environment to enforce the state’s ban on illegal sand dredgers operating in Lekki and Victoria Island axis of the state. Speaking on the issue, the permanent secretary of the ministry, Mr. Oluwatoyin Onisarotu, said traders that failed to abide by the state Environment Sanitation Law would be dealt with accordingly.

He further said that the law forbids anybody from converting the road medi-ans, setbacks and walkways for any trading activities. Onisarotu said Governor Akinwunmi Ambode had mandated the law enforcement officers and regulatory agencies to ensure compliance with the provision of the state sanitation law forthwith.

Onisarotu, who gave the directive during a tour of the drainage sites in Ikoyi, Victoria Island and Lekki areas, said the ministry’s Department of Drainage Enforcement and Compliance had been ordered to mark all structures built on drainage alignments and all other contraventions on the state’s drainage and planning laws.

Areas also inspected included Agodogba Avenue in Park View Estate in Ikoyi and Igbo-Efon-Ologolo Igbokusu drainage channels. Onisarotu bemoaned the activities of illegal sand dredgers which have virtually blocked all the major drainage projects of the state government within the area.

He lamented that despite the state’s government’s huge financial commitment to de-flooding these areas, sand dredgers and building contractors continually degrade the environment as well as prevent discharge of water into lagoon.