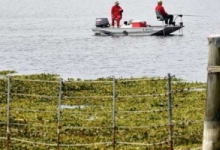 Citing an unworkable time line for progress, the JAX Chamber is pulling out of a highly touted truce it helped craft with an environmental watchdog that was intended to avoid a potentially time-consuming court battle over the controversial project to dredge the St. Johns River.

The chamber’s exit from the unlikely alliance — a fragile partnership with the St. Johns Riverkeeper, Jacksonville City Hall and JaxPort — virtually ensures the Riverkeeper will push full steam ahead with a federal lawsuit alleging the U.S. Army Corps of Engineers’ dredging plan fails to include adequate river protections.