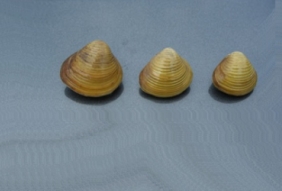 A report from Inland Fisheries Ireland on the initial dredging efforts to contain the Asian clam infestation in Lanesborough is recommending that no further dredging take place.

The notoriously invasive species of clam which can wipe out fish stocks was discovered on the hot water stretch just over a year ago.

The executive of the Lough Ree Angling angling hub met this morning in emergency session to consider the report and say they are deeply concerned about its contents, and the implications for the angling sector.

The discovery of Asian Clam in the River Shannon at Lanesborough was made by an inspector from Inland Fisheries Ireland who was carrying out an inspection of the river bed just down from the ESB power station which had once been a thriving angling area.

One of the first efforts to stop the spread was to install special disinfection tanks on either side of the river bank, and to ask anglers to make sure all fishing equipment was disinfected when leaving the area.

It was initially recommended also that the river bed be dredged as part of a containment measure; that finally happened in June of this year, when an operation was carried out on a 15 square metre section of the river bed.

This new report from Inland Fisheries in the aftermath of that dredge operation says that a further extensive programme of dredging would not be advisable at this stage.

It also stresses that any other control programme would also increase the risk of spreading the clam to other catchments, particularly in the absence of a safe disposal site in the locality.

The report goes on to say that the only options available at present are focused on the reduction of the standing stock in the hot water stretch, and to suggest that this will have any success in halting the spread of the clam in the Shannon catchment would be misleading.

It also says the cost of any programme of control would be in excess of €150,000 per year, and possibly much higher, and that the cost can hardly be justified when the clam is already established elsewhere in the system.

The report concludes with the statement that no safe disposal site or method of safe disposal was identified in the catchment, and it is not feasible to implement a large scale removal programme without an appropriate site.

The statement issued this morning from the Lough Ree Angling Hub says they are writing today to the Chief Executive of Inland Fisheries Ireland to seek an urgent meeting to discuss the report and its implications with all key agencies and local representatives.

The hub feels a multi-agency response is now urgently needed to address an issue that poses a very serious threat to the future of angling tourism on Lough Ree and the river Shannon.