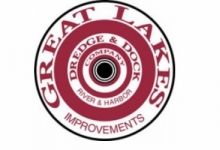 OAK BROOK, Ill., Oct. 16, 2015 (GLOBE NEWSWIRE) — Great Lakes Dredge & Dock Corporation (NASDAQ:GLDD), the largest provider of dredging services in the United States and a major provider of environmental and remediation services, would like to update its investors on several important announcements.

The Company’s Board of Directors has initiated a process to review potential strategic alternatives to enhance stockholder value. The Board will conduct this review with the assistance of financial advisors. There is no set timetable for the strategic review process.

There can be no assurance that the Company will enter into any transaction at this time or in the future. The Company does not intend to make any further public announcements regarding this matter prior to the completion of this review.

The Company is also announcing its withdrawal of previously announced Adjusted EBITDA guidance for the year ending December 31, 2015 due to unanticipated project losses, delays and lower than expected new business in the environmental & remediation segment during the third quarter, and continued uncertainties in the segment. The Company does not intend to provide Adjusted EBITDA guidance going forward for the year ending December 31, 2015. Greater detail on the third quarter results will be provided in the upcoming earnings release and investor call.

Changes to Board of Directors

The Company is also reporting the following changes to the Board of Directors. The Board elected Robert Uhler as a director on its Board of Directors, effective immediately. Mr. Uhler is President and Owner of The Uhler Group, a privately held strategy and marketing firm that assists companies with successful execution of strategic objectives.

Previously, Mr. Uhler spent 36 years in the engineering and construction field, most recently at MWH Global Inc., a leading global water and natural resources firm that provides technical engineering, construction services, and consulting services. While at MWH, Mr. Uhler acted as the company’s chief business strategist for over 20 years through a variety of corporate leadership positions, including chief strategy officer, president, chief executive officer and chairman. In addition, he led the international expansion of MWH through a disciplined sequential approach of geographical and client set expansion, widening the service offering and automating the delivery system.

Earlier this week, Nathan D. Leight tendered his resignation as director and Chairman of the Board and Denise E. Dickins tendered her resignation as director and Chair of the Audit Committee of the Company, in each case effective as of October 13, 2015. The Company thanks both Mr. Leight and Ms. Dickins for their many contributions to the Company, and in particular is grateful for Mr. Leight’s leadership to the Board since becoming Chairman in 2011.

The Board appointed current director Major General (Ret.) Michael J. Walsh as Chairman of the Board, effective immediately.

Jonathan W. Berger, Chief Executive Officer and director of the Company notified the Board earlier this week of his intention to retire, effective as of the earlier of April 13, 2017 or a date chosen by the Board. The Company is in the process of identifying a successor to fill the vacancy that will be created by Mr. Berger’s retirement.

The Company is the largest provider of dredging services in the United States and the only U.S. dredging company with significant international operations. The Company is also a significant provider of environmental and remediation services on land and water. The Company employs civil, ocean and mechanical engineering staff in its estimating, production and project management functions. In its 125-year history, the Company has never failed to complete a marine project. Great Lakes has a disciplined training program for engineers that ensures experienced-based performance as they advance through Company operations. Great Lakes also owns and operates the largest and most diverse fleet in the U.S. dredging industry, comprised of over 200 specialized vessels.