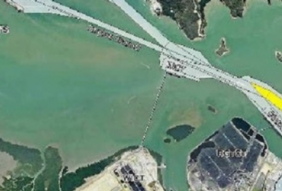 By Allen Winter, The Observer

THE Gladstone Ports Corporation will spend about $100 million deepening a shipping channel near the RG Tanna Coal Terminal.

The project will remove two million cubic metres of dredgings from the Clinton by-pass channel as a safety measure to protect ships berthed at the coal terminal.

“The current channel is 13 metres deep, which is fine for the LNG ships and the other, panamax class, ships which have traditionally travelled to wharves above the coal terminal as they are all shallow draft vessels,” corporation chief Craig Doyle said.

Bart Bartkowiak says there has to be a pre-construction meeting with the construction company, but he hopes to have the project started within the next few months. BEAUMONT, Texas — Beaumont City Council voted unanimously on Tuesday to move forward with plans to restore Riverfront Park in downtown. Tropical Storm Harvey severely damaged the park in 2017…. Read More

FENWICK ISLAND – A $16,000 proposal to complete permitting work for a new dredging placement site will advance to the town council with the support of a Fenwick Island committee. On Tuesday, the Fenwick Island Dredging Committee voted unanimously to advance a proposal from Anchor QEA, a Lewes-based engineering firm, to the town council with… Read More