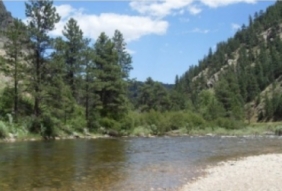 The City Council of Fort Collins passed a resolution last week that formally declares their opposition to a water management plan that would divert massive amounts of water from the Poudre River and create one or two new reservoirs in northern Colorado.

The resolution outlines numerous issues with the current plan (Northern Integrated Supply Project, or NISP) and the way environmental, financial and civic impacts have been assessed in the latest Supplemental Draft Environmental Impact Study (SDEIS) completed by the U.S. Army Corps of Engineers.

Several dozen people stood to speak at the meeting on Sept. 1, almost unanimously agreeing with the Council’s opinion that they are unable “to support NISP as currently described in the SDEIS,” and do “support … further improvement of the SDEIS and, ultimately, the conceptual mitigation plan.”

Indeed, Fort Collins isn’t against some sort of plan being worked up, and the Council made a point to say that the SDEIS showed marked improvement from the first Environmental Impact Study on the project in 2004.