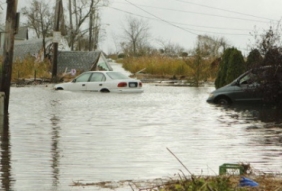 Staten Islanders weighed in this summer during the public comment period for a proposed East Shore storm resiliency project, and a final report for the plan is expected by the end of the year.

The U.S. Army Corps of Engineers has proposed to build a buried seawall from Fort Wadsworth to Oakwood Beach and a levee and floodwall in Oakwood Beach to prevent devastation from future Hurricane Sandy-like storms.

The $579 million project includes rebuilding the FDR Boardwalk on top of the seawall from Midland Beach to Fort Wadsworth. It would be 38 feet wide.