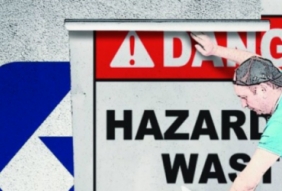 The state and local officials need to develop and support new strategies to create jobs. In an all-too-common scenario, another major industrial company is shutting down its manufacturing upstate, leaving behind economic devastation and a toxic mess.

This time the grim report comes from St. Lawrence County, where Alcoa has announced it will close its aluminum smelting plant near the Canadian border, in Massena, eliminating almost 500 jobs. Alcoa is also abandoning its commitment to modernize an adjoining facility, which would have restored hundreds of jobs previously lost in the North Country. In doing so, the multinational light metals producer is also giving up heavily discounted hydropower from the New York Power Authority.

The rural county is still reeling from the 2008 closure of a General Motors plant, which at its peak employed 1,000. As in GM’s case, the Alcoa plants’ decades of operations generated good-paying jobs and major pollution. At the GM plant and in 16 separate locations at the Alcoa facility, the pollution is heavy enough to warrant designation as a federal Superfund cleanup site.

Alcoa and its predecessor, Reynolds Aluminum, dumped tons of harmful chemicals, primarily polychlorinated biphenyls, or PCBs, onto the ground around the plant and into the nearby Grasse River, which flows into the St. Lawrence. Eating fish from the rivers is banned by the state Health Department.

Alcoa is set to launch a $250 million, federally ordered dredging project for parts of the Grasse River. It will be permitted to bury and cap the dredged toxins on plant property, effectively blocking any future reuse.

In some ways it resembles the situation faced by the Capital Region, where General Electric Co. is closing its capacitor plant in Fort Edward — which over decades discharged tons of PCBs into the Hudson River. GE is just wrapping up its own billion-dollar Hudson River dredging project.

This is a TU+ story. Click for more information.

State and federal authorities must be vigilant with Alcoa to ensure the Massena cleanup is completed quickly and thoroughly. The work cannot be allowed to wait for decades, as GE’s did, nor can it be left incomplete, as some local governments and others insist is GE’s legacy nearby.

Local officials in Massena acknowledge that luring a new big manufacturer is unrealistic. Their situation only magnifies the challenge for Gov. Andrew Cuomo, who has pledged to revitalize the upstate economy.

The governor and area officials must look to new ways to fill the huge gap. Creative strategies to leverage the available cut-rate hydropower combined with the addition of high-speed Internet could help the community turn in a new and positive direction.

Other North Country communities have survived the loss of economic engines. Plattsburgh weathered the loss in 1995 of its Air Force base, and is now experiencing a resurgence.

Massena and St. Lawrence County need to reinvent themselves. Meeting this extraordinary challenge will require hard work by local residents, bolstered by a strong commitment of state resources.