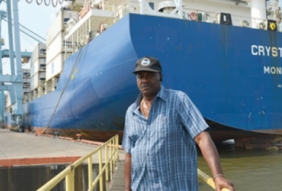 When it comes to cause and effect in a maritime economy, you can’t get much bigger than the Panama Canal expansion project and its ripple effect on ports 1,800 nautical miles away.

With the dredging of the Delaware River almost complete, attention has turned to regional port officials, timelines, and the question of just who will be ready to capitalize on the boon of large container vessels that could head to the eastern seaboard next year.