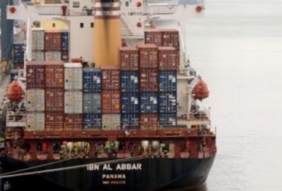 Port Klang, the world’s 12th-busiest port, is likely to face congestion and possible disruption in its operations due to unequal dredging level of its Southern Channel and Northern Channel.

“If any tragedy or major collision occurred on the Southern Channel, it would definitely ‘collapse’ the Port Klang port operations. Therefore, it is critical that both channels must be dredged by the government to avoid any future tragedies,” an industry observer told The Malaysian Reserve.