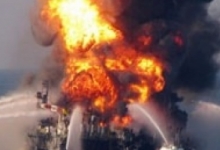 The recent $18.5 billion settlement reached by BP in the case (see earlier story) should pave the way for long planned Gulf Coast restoration projects to get under way.

The Shell Island West NRDA Restoration is being implemented with Deepwater Horizon NRDA Early Restoration funds. It is one of four components of the $318 million Louisiana Outer Coast Restoration Projects approved as part of the third phase of early restoration in October 2014. The remaining components include Caillou Lake Headlands (also known as Whiskey Island), which is anticipated to bid for construction in the next six months, Chenier Ronquille, and North Breton Island.

Commenting on the BP settlement, Great Lakes CEO Jonathan Berger said, “With funding now imminent, the Gulf States can move forward with their long planned restoration efforts, which should result in a heightened volume of dredging opportunities in the region for the foreseeable future. Great Lakes is well positioned to support the States in these efforts.”

The scope of work in the Shell Island restoration includes the creation of 2.8 miles of beach and dune habitat, as well as 281 acres of marsh. The project is anticipated to require 4.9 million cubic yards of sand borrowed from the Mississippi River and 1.7 million cubic yards of marsh material borrowed from an offshore source in the .
Great Lakes will hydraulically transport river bed deposits from the Mississippi River in a sand and water slurry through a 16 mile long pipeline placed over two levees, bored beneath two highways, and submerged along the Empire Waterway to Shell Island.

The company successfully utilized this pipeline on the Scofield Island Restoration Project in 2012 – 2013, which involved the longest direct pump dredging operation ever performed in the U.S., and also on the Shell Island East Berm Barrier Island Restoration Project in 2013. Work on the Shell Island West project will begin this fall and is expected to be completed by the third quarter of 2016.

“Great Lakes is looking forward to working with the CPRA to complete the restoration of Shell Island,” stated Steve Auernhamer, Vice President and Gulf Coast Area Manager for Great Lakes Dredge & Dock Company, LLC. “Building and restoring the barrier island chains is a critical component of protecting Louisiana and the Gulf Coast from future storms and disasters, and we are privileged to continue to contribute to this effort.”