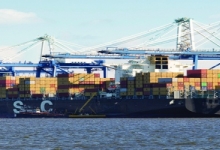 With a cargo value of more than $60 billion annually and links to more than 260,000 South Carolina jobs, the has prompted both interest and debate statewide over its impacts on a wide variety of areas, from economic growth to state infrastructure.

Statewide and national attentions now turn to the port again, as a plan to deepen the channels from 45 feet to 52 feet nears a critical final approval stage in September that would allow dredging to begin. Deepening the port is needed to keep the ninth busiest container port competitive in an industry trending toward “supersized” vessels, according to state and federal officials. As debate over environmental impacts wane and the project pushes forward, leaders in the Midlands are joining stakeholders throughout the Palmetto State in touting the impact of the project both in well-known and less obvious ways.