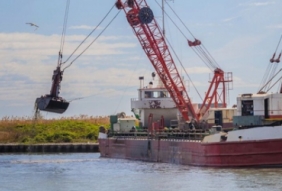 The Pentagon says Weeks Marine Inc., of Covington, Louisiana, has won a $6.5 million contract for maintenance dredging in Texas.

The estimated completion date is Feb. 12.

The contract was on the Pentagon’s list of military contracts signed Monday.

On Friday, the Pentagon said Mike Hooks Inc., Westlake, Louisiana, won a $9.8 million modification of its maintenance dredging contract for Calcasieu River and Pass in Calcasieu and Cameron Parishes.

Its estimated completion date is June 15.