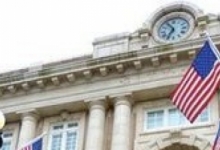 Council will consider awarding a contract to an engineering firm to develop a dredging strategy when it meets 7 p.m. Thursday, July 9 at City Hall, Ninth Street and Asbury Avenue.

According to the consent agenda, the resolution authorizes a professional services contract with ACT Engineering, Inc. of Robbinsville for a dredging strategy to include review, development, scope, and budget proposal.

The dredging plan will be utilized to maintain the waterway, lagoons and harbors surrounding Ocean City, the resolution states. It further states that the services may include:

Fall 2015 and 2016 dredging program support (“based on the review, the scope of the fall 2015 dredging program will be developed using bathymetric surveys of the areas, topographic surveys, reconnaissance survey of the docks and dredge areas, sediment sampling, transportation and placement into Site 83, bid documents, public meetings and construction management inspection”); and

“Clearly there is a present need to reestablish navigable waters as soon as possible and to develop a long term strategy to fund, plan, permit and manage a city dredging program including public outreach meetings,” reads the ACT proposal, signed by President Carol Beske.

The initial phase will be the document review at a lump sum of $16,500.

“This document review and understanding will facilitate us providing a realistic proposal for the short term execution and long term management of the dredging and shoreline program,” the proposal reads.

ACT proposes using several staff members, as well as Junetta Dix Consulting of Linwood for ecologic investigation and permitting support. The cost for the remaining portions of the services will be provided in a separate proposal in the coming weeks.

Beske writes in the proposal that measures to address some lagoon dredging are underway and include removal of up to 50,000 cubic yards of material from Site 83; permitting for a temporary access road to Site 83; permitting for modification of the spoils disposal site under Route 52; and a draft shoreline restoration plan funded by a $2.6 million National Fish and Wildlife Foundation grant.

In addition, the consent agenda also includes a resolution rejecting bids received for back bay dredging. The city hoped to begin dredging July 1, completing the remainder of a dredge project started in 2012 – specifically Carnival Bayou between 16th and 17th streets – as well Snug Harbor. Bids were solicited in April and received in May, but a contract was never awarded. City director of finance Frank Donato said after the June 11 council meeting that the bids came in higher than what they city would have liked.

The two bidders were Tri-State Dredging, Inc. at $2.67 million and Wickberg Marine Contracting at $2.63 million, according to the bid results posted to the city website. Wickberg is the same company currently performing the clearing of Site 83.

Donato said on June 11 that a possible reason for the high bids was the anticipation of having to mobilize for the project twice due to the uncertainty of the availability of Site 83 and the short dredging window.

At a town hall meeting Saturday, June 27, Mayor Jay Gillian said the city will spend $2.7 million to move 50,000 cubic yards of spoils from Site 83 to Wildwood via truck and barge as per an agreement to cap Wildwood’s landfill.

That figure doesn’t include the tipping fee of $10 per cubic yard, or $500,000, for Wildwood to accept the spoils.

Donato said excavators are at Site 83 currently removing the material by barge.

“It would be much cheaper to remove that 50,000 cubic yards if we had a temporary road to access Site 83,” he said.

Donato said the 50,000 cubic yards represents one-fifth of the total capacity of Site 83 at 250,000 cubic yards. He said that the city hasn’t budgeted enough money to move more material than that this year. As part of its capital plan, City Council has authorized spending $10 million for dredging from 2015 through 2018, including $5 million this year.

At its March 26 meeting, council awarded a $401,003 contract to Test America Laboratories of North Canton, Ohio for dredge spoils testing, which was required before the material could be moved out of Site 83.

As per the contracts already awarded in 2015, Ocean City has spent $3.2 million on lagoon and back bay dredging this year, not including permitting at $24, 460. This leaves $1.8 million remaining of the approved dredging funds.

A Resolution Authorizing the City’s Participation in the National IPA for the City of Tucson, AZ Contract #120535-01, Groundskeeping, Golf and Sports Field Maintenance Equipment with Toro, Inc. for Acquisition of One (1) Groundsmaster 7200 Mower for use by the Department of Community Operations, Division of Buildings & Grounds

A Resolution Authorizing the Rejection of Bids for City Contract #15-21, 2015 Back Bay Dredging

A Resolution Authorizing the Rejection of Bids for City Contract #15-27, Improvements to Various Racquet Court Facilities

A Resolution Authorizing the Payment of Claims

A Resolution Authorizing the Release of a Performance Guarantee for a Construction Project at 113 Ocean Avenue; Block 104, Lot 13; Project #14-016ZC

A Resolution for Approval to Submit a Grant Application and Execute a Grant Contract with the New Jersey Department of Transportation for the Year 2015 Municipal Aid Program, and Reconstruction of 16th Street between Pleasure Avenue and West Avenue

A Resolution Approving the Construction Plans for the Skate Park

A Resolution Authorizing a Professional Services Contract between the City of Ocean City & ACT Engineering, Inc. for Dredging Strategy to Include Review, Development, Scope & Budget Proposal