Clock is Ticking on Bid to Block EPA Water Rule 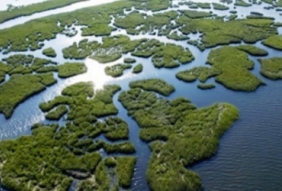 By Daren Bakst, The Hill

If ever a rule deserved killing, it’s the new water rule issued by the Environmental Protection Agency (EPA) and the U.S. Army Corps of Engineers. A classic example of “regulators gone wild,” the rule seeks to regulate almost every “body” of water in these United States. For example, man-made ditches and ephemeral streams (typically dry water beds that carry water only after major storms) could be regulated.

Such regulatory overreach would have been anathema to the authors of the Clean Water Act (CWA), which lays out a cooperative relationship between the federal government and states. Yet this overreaching regulation has prompted attorneys general and regulatory agencies from 31 different states to sue the federal government. That’s a good indication that the EPA and Corps aren’t cooperating.