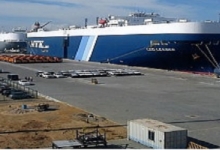 By Ankit Panda, The Diplomat

Incidentally, CHEC is at the center of a Sri Lankan government investigation into corrupt practices by the former Sri Lankan President Mahinda Rajapaksa. Rajapaksa, who unexpectedly lost a January early presidential election to , was widely perceived as friendly to Chinese investment in Sri Lanka. As the South China Morning Post detailed last week, CHEC is accused to having offered a bribe to facilitate Rajapaksa’s reelction bid. CHEC won a $1.4 billion contract during the Rajapaksa presidency to build the , a project that was frozen after the Sirisena administration came to powerand began reviewing Chinese contracts that were awarded during the Rajapaksa era.