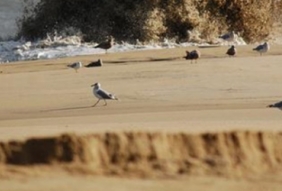 Congresswoman Lois Frankel yesterday announced that the U.S. Army Corps of Engineers issued their final approval of the agreement between Broward County and the Corps to restore a five-mile stretch of eroded shoreline.

“Beaches are one of the lifelines of Broward County’s economy. This project will put sand back on the beach, protecting property values and keeping visitors returning to South Florida year after year,” Frankel said.

The Corps’ approval is the result of a long process that included a full environmental review and contract negotiation. Under a Project Participation Agreement (PPA), in which costs are shared by federal and local entities, Broward County and the Corps will split the $55 million price of the project.

The non-federal share will be $25 million, divided among Broward County, its cities, and the State of Florida, and the federal government will cover the remaining $30 million.