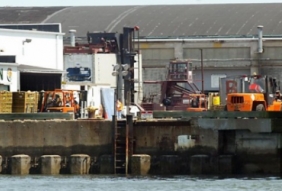 As recently as 2008, longshoremen at Bridgeport’s Cilco Terminal unloaded bananas bound for cities and towns around the Northeast. Not far away, Derecktor Shipyards was putting the finishing touches on the Cakewalk, a private yacht whose price tag ultimately topped $200 million.

Within a few years, both were gone, taking with them some of the last vestiges of industry on the Bridgeport waterfront.

Today, there’s no shortage of development — planned and actual — along the city’s coastline, but it will not mean a return for manufacturing. Instead, most of the waterfront is planned for recreation, with a promenade, a fishing pier and water taxis taking prominence.