Brick To Be Prioritized in Beach Replenishment Project, Mayor Says 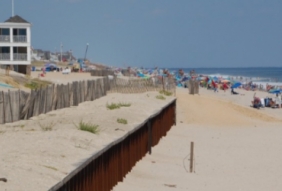 Brick Mayor said state officials have told him the township, along with neighboring , will be prioritized in the timing of a planned beach and dune replenishment project that has been stalled nearly a year by legal wranglings.

The mayor faced questions from concerned residents Tuesday night at a township council meeting held in the section, which was among the most impacted areas by statewide. The residents were upset by news reports in which state and other local officials have been quoted as saying the beach replenishment effort will be split into two parts – one from to , and the other from northward to .