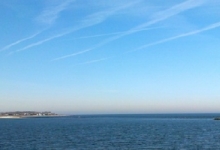 The is planning to go ahead with long-languishing plans to continue to allow the dumping of toxin-laden dredge spoils from Connecticut rivers into the Long Island Sound, and environmentalists on Long Island are gearing up for a fight.

The Army Corps plans to release a Dredged Material Management Plan and an , ten years in the making, next Mon., Aug. 17, and will hold the first of four public hearings on Aug. 24 in Port Jefferson.

North Fork Environmental Council President Bill Toedter and Executive Director Adrienne Esposito asked the Board at its work session Tuesday to join a growing coalition of lawmakers and environmental advocates in asking for more time to review the plan, which will be available online next Monday here.